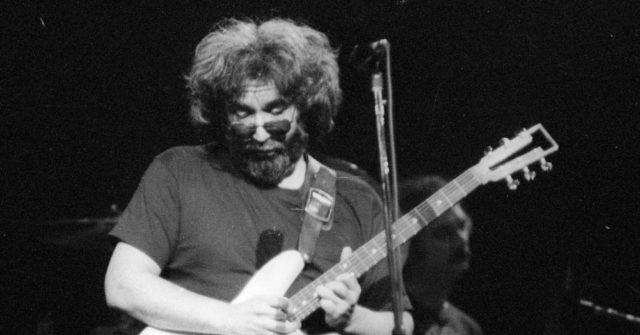 San Francisco could rename one of the schools whose names it is dropping due to allegedly “racist” connotations after the late Grateful Dead guitarist Jerry Garcia, who performed often in the city in the psychedelic heyday of the 1960s.

The San Francisco Board of Education voted to rename 44 of the city’s schools, claiming that prominent figures from American history, such as George Washington, Abraham Lincoln, and Paul Revere, were tied to racist incidents. The committee based their decisions on Wikipedia and other wildly inaccurate information to source its claims.

Now, SFGate.com reports, Garcia’s name is among those being considered as replacements:

Jerry Garcia, the frontman of the Bay Area band that rose to fame as a part of the counterculture in the 1960s, is one of multiple figures in consideration to get a school renamed after them following the San Francisco Unified School District board’s decision Tuesday to rename 44 of their schools, as reported by the San Francisco Chronicle.

Other possible candidates to have their names adopted for use on schools are the late poet Maya Angelou and former President Barack Obama.

Garcia died in 1995 at the age of 53 after checking into a drug rehab clinic, leaving behind millions of “Deadheads” around the world, many of whom had followed the band on its frequent tours.

Katy Grimes of the California Globe noted that Garcia might not be the best example for the city’s children: “Garcia had long struggled with heroin and opiate drug addictions, weight problems, diabetes, and heavy smoking.”

However, the Dead remain local icons, particularly in the city’s famed Haight-Ashbury district.

Joel B. Pollak is Senior Editor-at-Large at Breitbart News and the host of Breitbart News Sunday on Sirius XM Patriot on Sunday evenings from 7 p.m. to 10 p.m. ET (4 p.m. to 7 p.m. PT). His newest e-book is How Not to Be a Sh!thole Country: Lessons from South Africa. His recent book, RED NOVEMBER, tells the story of the 2020 Democratic presidential primary from a conservative perspective. He is a winner of the 2018 Robert Novak Journalism Alumni Fellowship. Follow him on Twitter at @joelpollak.