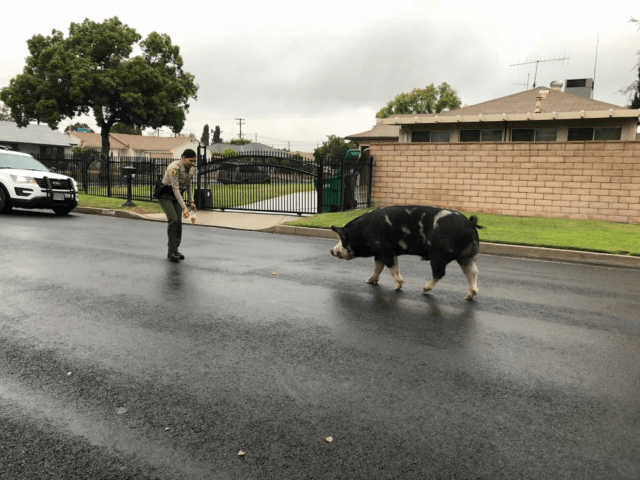 Deputies from the San Bernadino County Sheriff’s office used Doritos to lure a massive hog back to his home on Saturday.

In emoji-laden posts made to Facebook and Instagram, the San Bernadino sheriffs described a call they received about a “pig the size of a mini horse” wandering a Highland, California, neighborhood. Luckily, due to previous calls about the massive swine, the deputies dispatched to the scene already knew where he lived.

One of the deputies had some Doritos in her lunch bag, and the two left a trail of them leading the animal back to its home. Later, the story was updated to answer two questions of importance to amused readers. First, the Doritos employed by law enforcement were “Poppin Jalapeños.” And while they were unsure of the pig’s actual name, “deputies affectionately nicknamed him ‘Smalls.’”

The office posted pictures, as well as a video on Instagram. “Crime fighting to safely securing a mini horse sized pig, we do it all,” they said.