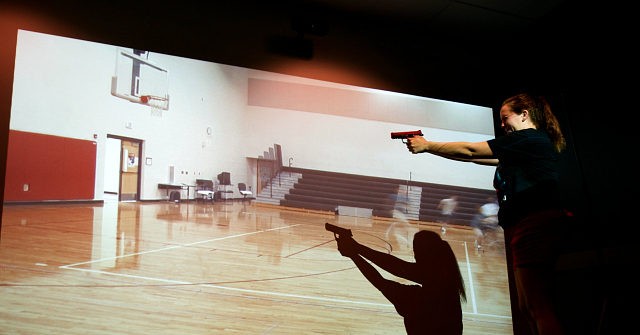 The Texas Association of School Boards sets forth the Guardian program:

Under the authority of the federal GFSA and the Texas Penal Code, school districts can grant written permission for anyone, including designated employees, to carry firearms on campus.18 U.S.C. § 922(q)(2)(B)(v); Tex. Penal Code § 46.03(a)(1)(A). An individual authorized by the district in writing to carry a firearm on school premises is not carrying the firearm pursuant to the individual’s handgun license, but rather pursuant to the written authority granted under Section 46.03. Tex. Att’y Gen. Op. No. GA-1051 (2014).

KENS5 quoted La Vernia ISD’s safety and security director Dr. Michael Duffek saying, “The program arms qualified staff members to carry a concealed firearm on their person to protect staff and students in the event of an active shooter.”

KSAT notes that teachers who want to carry must meet the following requirements:

Jason Breithaupt, a La Vernia parent, spoke in support of the Guardian program, saying, “It just seems like the bad guys get in every time with their guns. So if somebody can be there ready to go to protect my child, I’m all for it.”

FOX News observes that in addition to the Guardian program, “Texas schools can also have one school marshal per 400 students who can carry a firearm.”