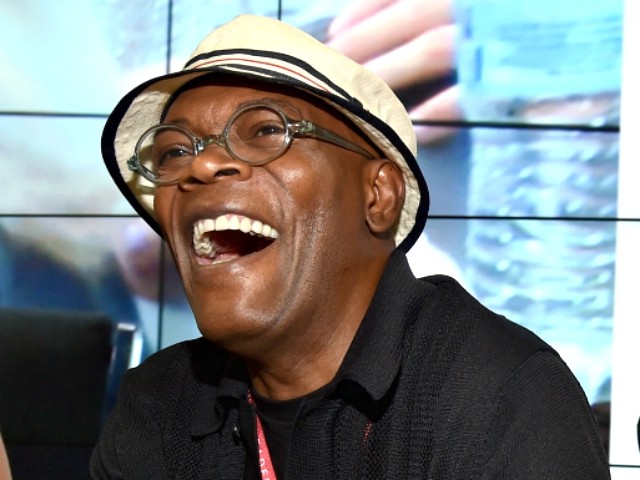 Actor Samuel L. Jackson took to Twitter Friday evening and slammed Supreme Court nominee Brett Kavanaugh as a “lying ass fratboy,” in response to a video that depicted the actor’s character from Pulp Fiction having a conversation with the judge.

“Funny as hell, but there’s nothing funny about his Lying Fratboy Ass!!!” Jackson wrote of the video posted by Twitter user @girlsreallyrule. The edited video shows Jackson’s Pulp Fiction character Jules Winnfield and Judge Kavanaugh’s opening remarks during his hearing Thursday before the Senate Judiciary Committee.

Funny as hell, but there’s nothing funny about his Lying Fratboy Ass!!! https://t.co/rSHcrMzMUM

Hours after posting the initial tweet, Jackson sent another missive, time appearing to call Kavanaugh a “liar” and “rapist.”

“Apologies to you Fratboys that aren’t liars & rapists, I cast that net a lil bit wide,” the Avengers star tweeted late Friday.

Apologies to you Fratboys that aren’t liars & rapists, I cast that net a lil bit wide.

Earlier this year, Samuel L. Jackson went after President Donald Trump on his birthday, tweeting and photo many users called an anti-gay slur.

“Must have been a party at The White House, Mitch, Paul, Rudy & others were spotted wearing knee pads & carrying these lined up outside. Happy Birthday,” Jackson captioned his tweet, which included an image of “After Dick Mints” with the tagline “going down?”