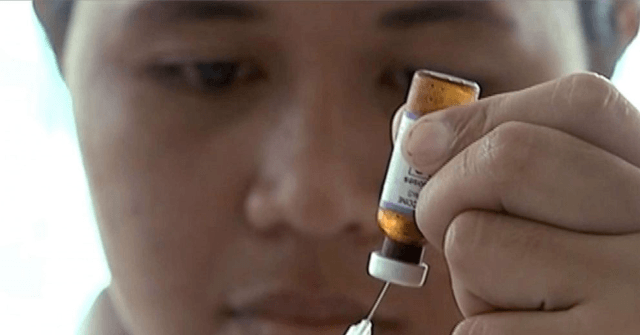 Dozens of children have died as a result of the ongoing measles epidemic in Samoa, prompting a shutdown of the entire government with all public servants enlisted to help implement the country’s mass vaccination campaign.

Samoan Prime Minister Tuilaepa Sailele Malielegaoi announced on Monday that all government and public services, with the exception of water and electrical power authorities, will close on Thursday and Friday this week to help get as many people vaccinated as possible.

“In this time of crisis, and the cruel reality of the measles epidemic, let us reflect on how we can avoid recurrence in the future,” Malielegaoi said in a televised address.

At least 53 people have died since the outbreak, 48 of whom are children under four years old, according to government statistics. The government has confirmed 3,728 cases, 198 of them identified on Sunday alone.

The outbreak is understood to have originated from New Zealand, with reports of other cases across Australasia in neighboring countries such as Australia, Tonga, and Fiji.

Since Samoa’s vaccination campaign began last month, following the declaration of a state of emergency nationwide, around 58,000 people have been vaccinated. Yet over half of an estimated 29,000 children aged between six months and four years, understood to be the most vulnerable group, have yet to receive vaccinations.

One of the main challenges faced by health campaigners is the disinformation spread about the potentially harmful effects of vaccines, known as the “anti-vax” movement. The government has consequently sought to combat the movement.

“Vaccination is the only cure … no traditional healers or Kangen (alkaline) water preparations can cure measles,” said Malielegaoi. “Let us work together to encourage and convince those that do not believe that vaccinations are the only answer to the epidemic. Let us not be distracted by the promise of alternative cures.”

According to World Health Organization officials, the rise of worldwide anti-vax movements is one of the main factors behind the lack of immunization. Last year, two children died in Samoa after receiving measles immunization shots, an incident that has only worked to exacerbate parent’s concerns.

As well as fueling public distrust, the case also resulted in the temporary suspension of the country’s immunization program, although it was later determined that the deaths were caused because of the incorrect administration of other medicines.