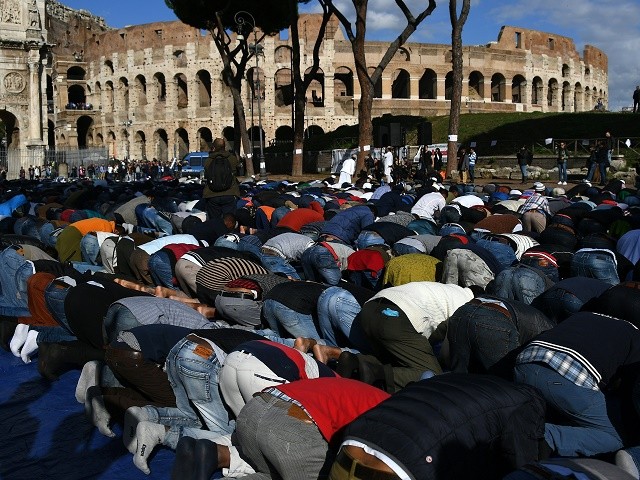 While Italy has so far not experienced a major radical Islamic terror attack, the number of jihadis is rising in the country with Italy becoming the European nation with the highest number of jihad-related deportations this year.

So far this year Italy has expelled an average of ten radical Islamic jihadists per month, up from last year when the average was around eight per month, Gli Occhi Della Guerra reports.

The most recent deportation saw female Albanian jihadist Arta Kacabuni sent back to her home country after she was found guilty of joining the Islamic State terrorist group in 2015 and attempting to recruit her nephew and his wife for the terrorist organisation.

Some jihadists who have been expelled have even attempted to return to Italy, as was the case with Tunisian jihadist Imam Lamjed Ben Krajem, who was found by General Investigations and Special Operations Division (DIGOS) police on a barge heading to Sicily earlier this week.

The number of jihadis in Italy is rising not only because of illegal immigration but also radicalisation in Italian prisons, with Professor Paolo Branca, Islamologist at the Catholic University of Milan, claiming that some jihadists get arrested specifically in order to radicalise others in prisons.

One of the largest factors in other countries that has contributed to radicalisation has been the emergence of ghettoised areas, like Molenbeek in Brussels, Belgium or the Seine-Saint-Denis suburbs outside of Paris, France.

In an interview with Breitbart London last year, radical Islam expert professor Gilles Kepel noted the importance of the Paris suburbs in the history of radical Islam in the country.

Many believe that Italy does not have such ghettoised areas, but recent reports have shown that several heavily migrant-populated areas in Milan have schools with migrant-majority classrooms, a growing number of Muslim residents, and high rates of criminal delinquency — much like Seine-Saint-Denis or Molenbeek.