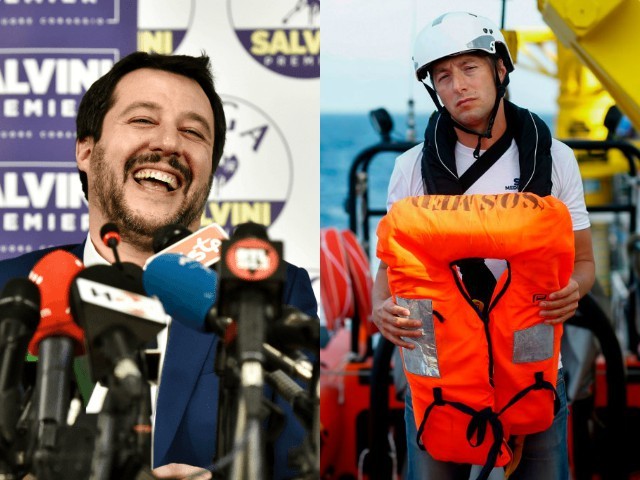 Throughout 2016 and 2017, several migrant transport NGOs operated in the Search and Rescue (SAR) zone off the coast of Libya to pick up migrants who were then brought back to Italy. Following Interior Minister Salvini’s decree to stop port access to the NGO vessels, all migrant transport activity in the area has now come to a halt, Il Giornale reports.

Minister Salvini celebrated the news saying: “Thanks to our actions no NGO ships are in front of Libya, so the smugglers have finished doing their dirty work.”

“The results: 110,000 landed last year until October, landings this year stopped at 21,000. And to think that according to the Democratic Party the ‘migrations’ were ‘inevitable processes, we can not do anything,’” Salvini added.

Since mid-2017, the migrant transport NGOs faced increased pressure from the Italian government as prosecutors brought up allegations of cooperation with people smugglers and some even referred to the NGOs as “taxis” for migrants wanting to get to Europe.

As a result, the former government investigated several of the NGOs and released a code of conduct which some of the groups rejected and ended their operations.

One of the most active NGOs involved in the migrant transport operations was the France-based SOS Méditerranée which operated the ship Aquarius, only recently having been active in the area.

Only a month later, the NGO was once again stripped of the flag for the vessel, accusing the Italians of pressuring the Panamanian government to withdraw their permission to fly it.