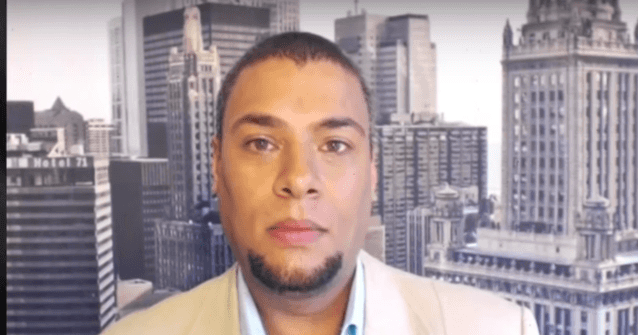 A recent Salon article calls for a “truth committee” and “trials” for former Trump administration members and its “enablers” while expressing bewilderment at the fact that former President Donald Trump and “members of his regime” have yet to be “prosecuted and tried for crimes against humanity.”

The essay, published Thursday and titled “Trumpers on the rehab trail: Does America just want to forget this happened?” begins with Salon politics staff writer Chauncey DeVega stating “nothing good emerged from Donald Trump’s regime” while accusing it of “authoritarianism, white supremacy, neofascism, and anti-human ideology.”

“Destruction and political sadism were its instruments and its goals,” DeVega continues. “It was also massively corrupt, a carnival of greed, corruption, self-dealing, and fraud.”

DeVega also accuses the Trump administration of executing a “coordinated campaign of terror” which “put nonwhite immigrants and migrants in concentration camps where women and girls were sexually abused,” with some women “subjected to forced hysterectomies.”

“The regime also stole migrant and refugee children away from their parents, literally disappearing them into a labyrinthine bureaucracy,” DeVega writes, in reference to false claims surrounding Trump administration border migration policies.

In addition, the Trump administration’s response to the coronavirus pandemic is blamed for having “led to the deaths of more than 550,000 people, through a mix of negligence, incompetence, and cruelty.”

The Trump administration is also accused of attempting to harm Democrats and “disloyal” citizens who did not support the president in addition to virtually abandoning residents of Puerto Rico in the aftermath of Hurricane Maria.

“Where are the consequences? Where are the investigations? Where and when are the public hearings? Where is the truth committee?” asks DeVega.

“Why have Donald Trump and members of his regime not been prosecuted and tried for crimes against humanity?”

Where is the truth commission? What of the trials for members of the Trump regime to punish their crimes and other wrongdoing? There will be none. Organized forgetting will not save America from neofascism — it only encourages the poison. My new @Salonhttps://t.co/rTEGuZTf0c

The lack of accountability, DeVega explains, is due to Republicans, who are described as “collaborators and co-conspirators in the Trump regime’s crimes,” obstructing such efforts, while Democrats simply do not want to “distract energy and attention” from their own legislative agenda.

Both are brought as examples of former Trump administration officials who are “on a rehabilitation tour, being repackaged as ‘reasonable’ and ‘respectable’ people, insider ‘experts’ who will have lucrative careers as right-wing spokespeople and media personalities.”

Miller, who was heavily involved in developing border and immigration policies and described by DeVega as a “white supremacist and professional hate-monger,” is berated for being presented as an immigration expert instead of “standing trial for crimes against humanity at the Hague,” while Birx is criticized for becoming a “collaborator and enabler of the Trump regime’s evil” by withholding crucial information for the public.

“Birx’s defense is a common one among collaborators in fascist, authoritarian, and other such regimes: ‘If I left or spoke out matters would have been even worse. I was a moderating influence,’” DeVega writes.

DeVega then references a Washington Post column from last year in which historian Samuel Huneke sought to derive lessons for post-Trump America from the “denazification” of post-war Germany.

That the Trump administration and its allies are not being held accountable for “crimes” is an illustration of an “unequal American society” that has “one set of rules for the rich and powerful and another set of rules for everyone else,” DeVega claims.

“Trumpists are allowed to cause destruction, pain, death, and misery without consequences,” he writes.

Ultimately, DeVega concludes, if Trump administration officials and allies are not held accountable for “their crimes and other wrongdoing,” then “American neofascism will be further empowered toward a renewed attack on multiracial democracy, the Constitution, and the rule of law.”

The notion of taking control of narratives and implementing “truth committees” while “deprogramming” elements on the right has been fiercely promoted by those on the left since the November presidential elections and the storming of the U.S. Capitol on January 6.

In February, Rep. Sara Jacobs (D-CA) reiterated calls for a “truth commission” aimed at community-wide conversations about “our history” in order to reach “a common narrative moving forward of what we want our country to be,” as well as a “reckoning with the racial injustice and white supremacy of our past.”

Also in February, the New York Times published an essay detailing a range of recommendations for the Biden administration to adopt to fix the “reality crisis” and “de-radicalize” citizens, including setting up a “reality czar” and “truth commission.”

The article, written by Times technology columnist Kevin Roose, accused “millions of Americans” of embracing “hoaxes, lies, and collective delusions” while detailing actions the Biden administration could take “to help fix our truth-challenged information ecosystem, or at least prevent it from getting worse.”

One expert interviewed by Roose was Harvard research director Joan Donovan, who suggested the Biden administration set up an investigative “truth commission” led by those familiar with extremist factions including white supremacist groups and far-right militias behind the January 6 U.S. Capitol riot.