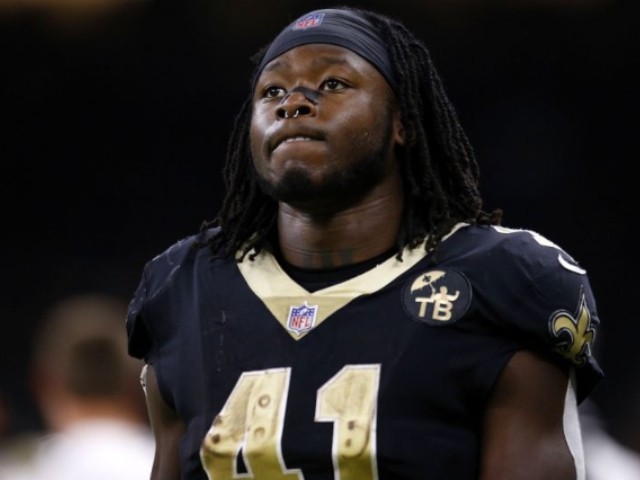 The 2017 Pro Bowler and Georgia native didn’t exactly explain his hat and why he is pining for Africa. However, the player’s mother is a Liberian immigrant.

Still, Kamara has been one of the Saints’ players often seen protesting during the playing of the national anthem, sometimes staying seated during the song and other times taking a knee.

The start of the 2018 season proved that the more virulent anthem protesters are determined to continue their protests. And this past weekend, with the debut of Eric Reid as a Carolina Panther, Week Five saw one of the league’s original anthem protesters once again taking a knee during the nation’s theme.

Reid was one of the first NFL players in the league to join former San Francisco 49er Colin Kaepernick to protest during the anthem when Kaepernick created the act during the 2016 season.

Reid had at first said he was looking for “other ways to protest” hinting that he may quit his anthem protests. But now that he has taken the field and renewed his demonstration, it appears that he did not find that other way.