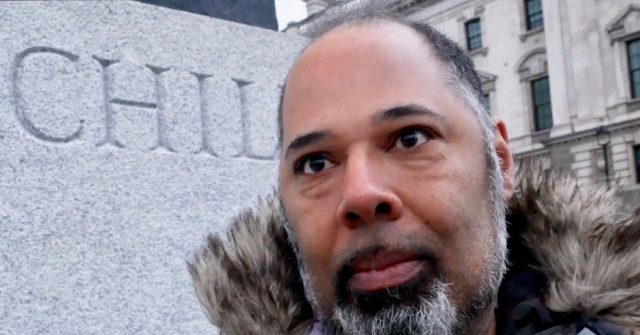 London Assembly Member David Kurten said that Mayor Sadiq Khan’s policing policies have resulted in higher crime as well as a discernable political bias in the handling of protests of differing ideologies.

The Heritage Party London mayoral candidate spoke to Breitbart London at a protest against police brutality on Sunday, following the forcible shut down of a vigil for suspected murder victim Sarah Everard on Saturday.

Mr Kurten said that he joined the protest to monitor the police activity in order to raise potential issues in the London Assembly with Mayor Sadiq Khan, saying that he was “very shocked” by the “brutality” seen in Clapham the previous night.

“I wouldn’t agree with everything that was said there or here today, but I have been observing police brutality at freedom rallies over the past nine months, and for the first time its happened at a different kind of rally, and I think that’s why people are here again today because they are shocked by the brutality they have seen for the first time,” Kurten said.

“We’ve seen over the past months, we have freedom rallies that have been brutally shut down with riot police. We’ve had BLM protests, we’ve had Extinction Rebellion protests where [the police] have gone in softly softly,” he noted.

Kurten said that Sadiq Khan needs to be held accountable for the actions of the police at protests, but also for his record in managing the London police force during his term in office.

In the wake of the death of Sarah Everard, Mr Khan admitted that the streets of London are “not safe” for women and girls, tacitly admitting his own failure as the Police and Crime Commissioner for the city during his near five years in office as Mayor of London.

Mr Khan’s term as mayor was extended by one year after elections were cancelled in 2020 amid the first national lockdown. The elections will be held on May 6th.

Mr Kurten has himself been confronted by the police during a December interview with Breitbart London at a previous anti-lockdown protest. The London assembly member was questioned twice by what he termed as “riot police” for speaking to supporters at the demonstration.

Of Priti Patel’s proposed curbs on protesting, the London mayoral candidate said that it an “awful power grab” and that the government is using BLM and Extinction Rebellion to introduce restrictions on protests for everyone.

“It’s another erosion of our civil liberties. [The government] is going to have many more powers to stop people from protesting. We don’t need more laws. We just need to enforce the laws that we have without prejudice,” he said.

“This is going to undermine centuries and centuries of liberty that we have had in this country. It’s wrong, and I’m glad people are waking up to it,” Kurten concluded.

Patel’s Police, Crime, Sentencing and Courts bill will introduce new powers for police to limit protests, including being able to set time limits as well as noise level restrictions and barring groups from protesting outside of Parliament.

The law would also increase the penalty for damaging statues or historical monuments to up to ten years in prison and or fines of up to £2,500.

Following outroar of the police action at the vigil on Saturday, the Labour Party announced that it would vote against the bill.

What we are seeing in the UK is the beginning of fascism. Police interrupt my interview with @BreitbartLondon to question me like I am a potential criminal. https://t.co/c0GMjfp6uq