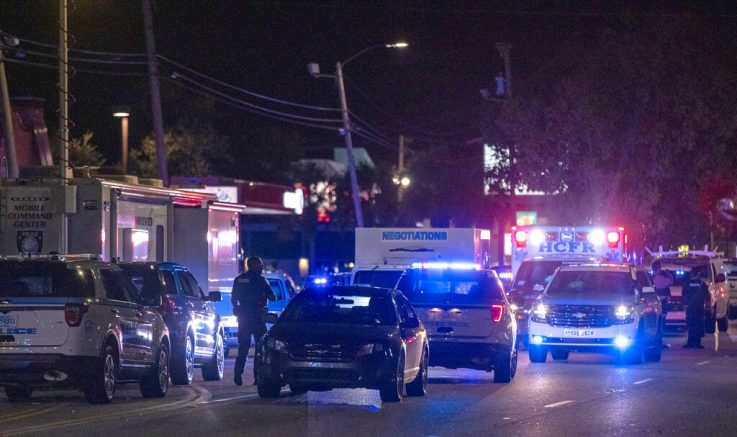 Police vehicles are seen near the site of a shooting in Myrtle Beach, S.C., Saturday, Oct. 3, 2020. (Jason Lee/The Sun News via AP)

He was fatally shot while exchanging gunfire with a suspect, who also died during the altercation.

Hancher, who had served as a police officer for less than a year, was also a volunteer firefighter and served four years as a community service officer.

“He was a dedicated public servant who upheld his oath to protect this community and made the ultimate sacrifice,” stated Chief Amy Prock. “He cared about the people that he served, served with, and absolutely loved Myrtle Beach.”

“Today we are mourning the loss of one of our officers, PFC Jacob Hancher was killed in the line of duty while responding to a call for service. Officer Hancher has been with the Myrtle Beach Police Department for four years as a Comunity Service Officer…https://t.co/RlZsxKoIfo pic.twitter.com/ufc9I0mK0R

The officer wounded during the call was taken to the hospital with non-life threatening injuries.