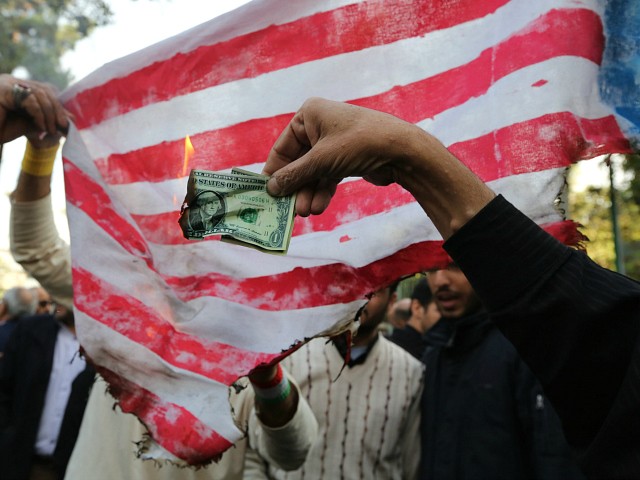 “Moscow will do everything it can to preserve and expand international trade, economic and financial cooperation with Iran despite the US sanctions,” the state-run TASS news agency declares, citing the Russian foreign ministry.

The Russian envoy said he has traveled to Iran on Putin’s orders for a twin mission: to give a report on a recent 4-party meeting of Russia, Turkey, Germany and France on the situation in Syria that was held in Istanbul, and to voice Moscow’s unequivocal support for Iran against the fresh round of US sanctions … The visiting envoy also called for concreted action by the international community to stand against US unilateralism, and denounced the use of economic and trade options for imposing a country’s political will on others.

Iran and Russia are close allies in Syria. Support from Iran and Russia has allowed the regime of dictator Bashar al-Assad to remain in power. The Assad government now controls more territory than any other warring party in Syria, courtesy of Iran and Russia.

As Putin’s envoy met with the top Iranian official on Monday, U.S. President Donald Trump’s administration reimposed harsh sanctions on Iran’s energy, shipping, and financial industries, marking a return to the policy of maximum pressure against the Shiite Islamic Republic suspended under the 2015 nuclear agreement between Tehran and U.S.-led world powers.

In a statement issued over the weekend, the Kremlin’s foreign ministry “strongly condemned” the new wave of U.S. sanctions, arguing that the move deals “another powerful blow to the Nuclear Nonproliferation Treaty (NPT).”

The foreign ministry accuses the Trump administration of “undermining” the Iran nuclear agreement — officially known as the Joint Comprehensive Plan of Action (JCPOA) — with the “new round of anti-Iran sanctions,” adding:

Washington’s policy aimed at scrapping international legal nuclear nonproliferation and arms control tools triggers profound disappointment and growing concern. The US is dealing another mighty blow to the Nuclear Nonproliferation Treaty, arguing hypocritically that it is essential to strengthen it, but, in actual fact, gearing up for its collapse.

Iranian President Hassan Rouhani warned the Trump administration in May that the United States would suffer “historic regret” if it pulled out of the nuclear deal.

The Trump administration withdrew from the nuclear deal in May, arguing that Iran failed to live up to its commitments under the agreement, which was supposed to restrict Tehran’s nuclear activities in exchange for relieving the Islamic Republic of crippling U.S. economic sanctions.

However, non-U.S. signatories to the agreement — the U.K., France, Germany, China, and Russia — have decided to remain part of the nuclear pact without the United States.