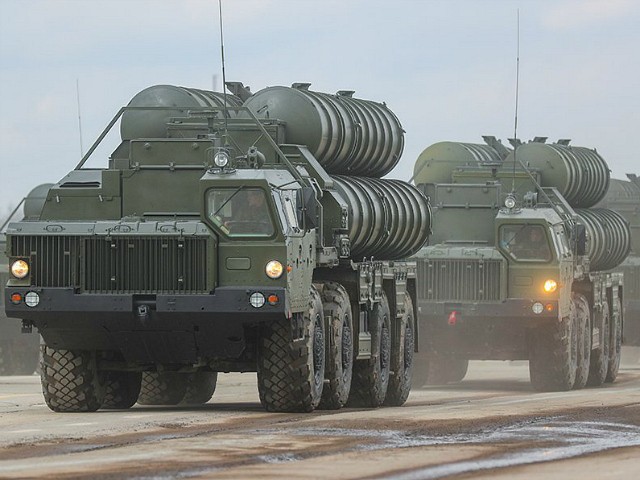 BEIRUT (AP) — The latest on developments related to Syria (all times local):

Russia announced earlier this week that it would supply the anti-aircraft missiles after Syrian forces responding to an Israeli airstrike on Sept. 17 mistakenly shot down a Russian military reconnaissance plane, killing all 15 people on board.

Lavrov was asked about the S-300s at a news conference Friday and responded: “The deliveries started already.”

He added that “the measures we will take will be devoted to ensure 100 percent safety and security of our men in Syria, and we will do this.”

A spokesman for a Russian company producing electronic warfare systems says that their deployment to Syria will help protect the country’s air defense assets and fend off enemy air raids.

Vladimir Mikheyev of Radioelectronics Technologies said Friday in remarks carried by the Interfax news agency that Krasukha and Zhitel electronic countermeasure units will place Syria’s air defenses under an “electronic umbrella,” making it hard to spot and attack them.

Russia announced this week it will provide Syria’s government with long-range S-300 missiles within two weeks. The announcement came after the downing of a Russian plane by Syrian forces responding to an Israeli air strike, a friendly fire incident that stoked regional tensions.

Moscow also said it will start using electronic countermeasures to jam any aircraft that would try to launch attacks off Syria’s coast.

Britain-based Syrian Observatory for Human Rights said members of al-Qaida-linked Horas al-Din, Arabic for Guardians of Religion, and other militants prevented the protesters from entering Jisr al-Shughour that has been held by jihadis since 2015.

A Syria-based activist said armed insurgents waving black banners marched toward the protesters and forced them to leave.

The activist, who spoke on condition of anonymity for fear of reprisals, says the militants consider the pro-democracy protesters heretics.

Thousands of people have marched every Friday in recent weeks against a government offensive on Idlib province.

The attack was averted last week in a deal reached between Russia and Turkey to set up a demilitarized zone.

Turkey’s president is accusing the United States of failing to abide by a deal for a U.S.-backed Syrian Kurdish militia to withdraw from a town it had liberated from Islamic State militants in northern Syria.

Washington and Ankara struck the deal in June to defuse tensions. It calls for the militia to leave the strategic town of Manbij and for joint Turkish-U.S. patrols there.

Erdogan says “America has not kept up with the roadmap and schedule for Manbij. The (YPG) has not left the region.”

His comments were published in Hurriyet newspaper on Friday.