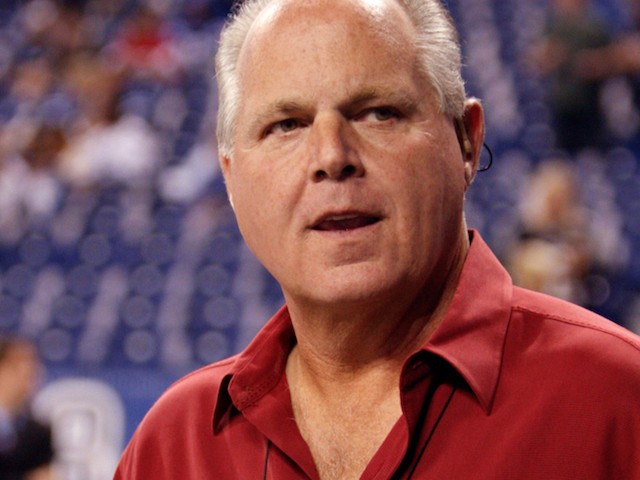 SHANNON BREAM: Last night, we talked about a couple of headlines, including one from the “A.P.” that had to be, well, reworked shall we say. And some others that had to mediate negative reaction to the death of President Bush 41. And now, in these coming days, we see a lot of fawning and talking about how he was so great bipartisanship, he was a different kind of Republican. What’s that all about?

RUSH LIMBAUGH: Well, it’s phony. They never treated him this way when he was president. There were vicious to him, like they are vicious and partisan to every Republican. I think it’s just a vehicle for them, Shannon, to be able to contrast what they think Trump is versus the way they are telling us Bush was.

The thing is that they never treated George W. Bush this way and George H.W. Bush, either one of them this way. They had just as much animus for Bush 41 and Bush 43 as they do Trump, for different reasons.

But since the current objective is to get rid of Donald Trump, however they can do it, driving down public opinion or Mueller’s report, and impeachment, anything they can do to contrast Trump with what they say was the greatness and the way it ought to be, every good Republican in the media’s idea loses.

That’s why they celebrate Trump — rather than Bush because what’d he do? He raised taxes. He was bipartisan. He went against the interest of his own party. That’s what made him a good guy.

And it’s just — it’s just phony. It’s nothing more than a vehicle for them to continually contrast this made up image that they have of George H.W. Bush. Which, by the way, what they’re saying about him now is true, all of the class and all the dignity, all of the sophistication. But they never reported on him this way when he was president.