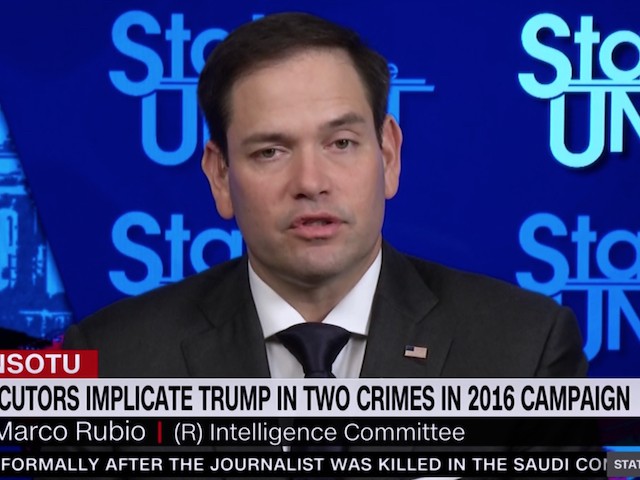 Sunday on CNN’s “State of the Union,” Sen. Marco Rubio (R-FL) said if President Donald Trump did direct his lawyer Michael Cohen to commit federal campaign finance felonies, he was not “above the law.”

Rubio said, “It’s about our country, what the laws are and no one should be above the law. At the beginning of all of this, I said we deserve the truth. No one is beneath the law meaning everyone is entitled to the protections of it but no one is above it.”

Host Jake Tapper asked, “If it is proven that the president directed an aide to commit felonies to influence the election, what should the repercussions be?”

Rubio said, “If someone has violated the law the application of the law should be applied to them like it would any other citizen in this country. Obviously, if you’re in a position of great authority like the presidency, that would be the case.”