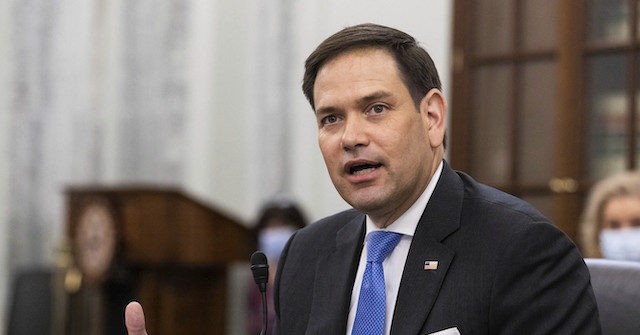 Rubio slammed the media for ignoring “one of the biggest political scandals” in U.S. history.

“This is a big deal,” he said. “I mean, it’s shocking to me that this is not receiving more coverage in the press. I don’t think any of the Sunday shows mentioned it. But what we’re talking about here is not simply this — the probe that you’re using data scientists to make up a story or links to — between Trump and Russia, but the White House. Apparently, there was a private company that had a contract to manage servers for the president of the United States and the White House. And they were sharing information to help build a narrative for a political operation.

“And you know why the — if this is all proven true, it would be one of the biggest political scandals in American history,” Rubio continued. “It would be a crime, no doubt about it. And it would tell you why these people think they can get away with it. They think they can get away with it because the media will not report on it. If this was the other way, if this was a story about how the Trump campaign had hired some data experts and others to go out there and do this to a President Clinton, this would be — like, we wouldn’t be to talk about anything else around here.”