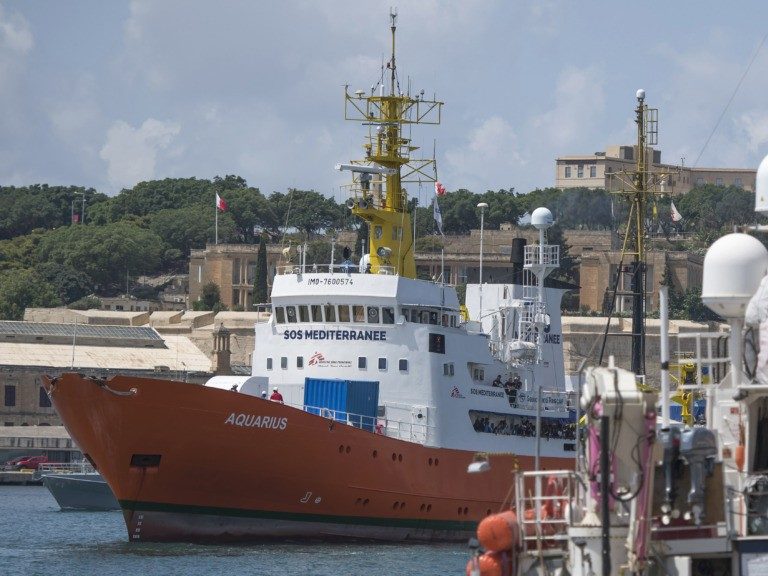 Malta has ordered Italy to give priority to “life at sea” rather than border control after Matteo Salvini accused Valletta of aiding illegal immigration.

The Italian interior minister and deputy prime minister had denounced a “hostile act” from fellow EU member Malta after migrants who landed on Lampedusa Friday claimed they were helped to reach Italy by Maltese authorities.

Witnesses said the boatload of 13 illegal immigrants, 10 of whom were reportedly Tunisian, was running low on fuel when the Maltese coastguard stepped in to supply two tanks of fuel, a compass, and life vests to migrants on the vessel, which they escorted for about an hour towards Italy.

“Some EU member states don’t care about migrants and dump them on us, while Brussels is threatening sanctions over our budget: We will not be intimidated,” Salvini posted to social media on Saturday.

Maltese interior minister Michael Farrugia demanded his Italian counterpart quit playing a “game”, tweeting: “Stop criticizing #Malta for doing its duties and start taking note of what #Italy should do better to give priority and care to the safety of life at sea and to abide by international obligations.”

“It is Italy that repeatedly fails to comply with applicable International Convention on Maritime Search and Rescue (SAR) conventions and international obligations. Malta has always followed all obligations and respected the principle of the nearest place of safety.

“Malta has done much more than what was expected, and disembarked migrants in Malta on humanitarian grounds due to #Italy’s systematic failure to provide any form of assistance to persons in distress.”

Stop criticizing #Malta for doing its duties and start taking note of what #Italy should do better to give priority and care to the safety of life at sea and to abide by international obligations.

In Milan on Sunday, Salvini restated the accusations against Valletta and warned he could hinder EU activities if others in the bloc continue to disrespect his countrymen, according to news agency ANSA’s reporting, he said: “We have shown that we know how to defend borders and we will show that, eventually, we can also block European budgets and activities until Europe and some countries continue to jerk Italians around.”

NGOs behind the protest accuse the government of creating a “climate of hatred” with the three-part legislation, which includes measures for tackling illegal immigration and organised crime as well as making it easier for local authorities to strip citizenship from criminal migrants.

Hailing what has been dubbed the ‘Salvini Decree’, the interior minister tweeted Sunday to say: “A 19-year-old Nigerian ‘asylum seeker’ was arrested on Friday evening in Brixen (Bolzano), for raping the manager of the centre that housed him. Disgusting! Thanks to the # DecretoSalvini, there is now EXPULSION for cases like this!”