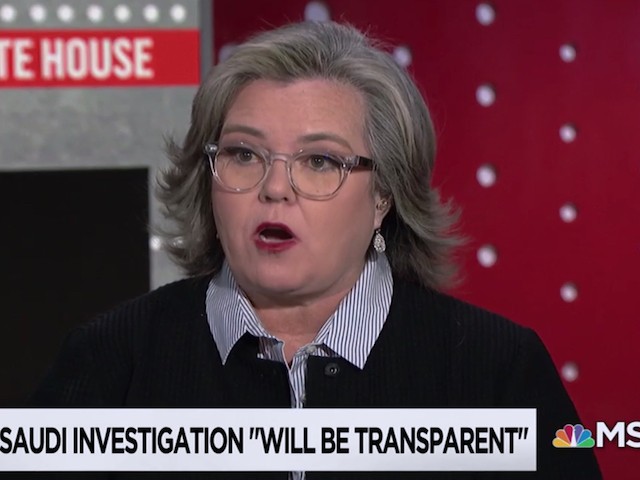 After former Republican strategist Steve Schmidt spoke, O’Donnell said, “It gives me such comfort and hope to hear people who I before described as not my people, giving me a little hope to think to myself, there are people, bit of hope that there are still people who feel this way and believe this way that we’re going to right this ship. We’re going to right this ship. There’s no way he’s going to prevail. Because he’s evil, he’s dark. It’s the opposite of what America stands for. One light in the darkness, one candle is all it takes.”

When asked about election night 2016, O’Donnell continued, “I actually got physically sick that night. I thought to myself, this cannot be happening. When he got the nomination, I thought I just have to wait until election day. And then he won. It took a good year to compose myself in public again. I took a year out of the spotlight.”

She added, “What I wrote on Twitter was we should impose martial law until we make sure the Russians weren’t involved in the final tally of the votes. People were like, martial law, what’s wrong with you? You are a lunatic … I want to send the military to the White House to get him.”