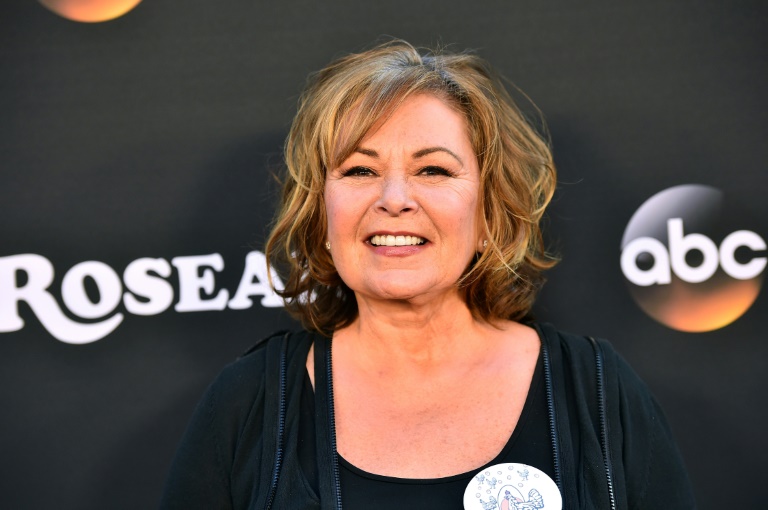 TEL AVIV – Comedian Roseanne Barr called the Women’s March “disgusting” and said that while she is a fighter for women’s rights, when it comes to the movement lead by Linda Sarsour, Tamika Mallory and Carmen Perez, her only comment is “Bitch, shut up.”

Barr made her comments during a Q&A session following a panel she gave alongside longtime friend Rabbi Shmuley Boteach in Tel Aviv earlier this week.

One audience member asked Barr what she thought of the Women’s March, to which the comedian answered: “It’s disgusting.”

“All my life I’ve fought to have women’s voices in the media and every other place,” she said, “but here I’m like ‘Bitch, shut up.’”

Her swipe was met with cheers and applause from the 500-strong crowd of Israelis and new immigrants.

Barr went on to say that hostility within the Women’s March defeated its purpose of defending human rights — and in particular, those of women.

“If you’re out there advocating for war and pain and division, it doesn’t seem real feminist to me,” she said.

The Women’s March has been mired in accusations of anti-Semitism, chief among them its leaders’ failure to disassociate from Nation of Islam leader and rabid anti-Semite Louis Farrakhan. Earlier this month, Mallory again refused to issue an unequivocal condemnation of Farrakhan’s statements, which include calling Jews “termites,” and defended her tweet referring to him as GOAT — or greatest of all time — “because of what he’s done in black communities.”

In an interview with PBS that same week, Mallory refused to answer a question about whether Israel has the right to exist.

Last month, The New York Times published an article claiming that one of the original leaders had been pushed out of the movement because she was Jewish. Vanessa Wruble was told by Mallory and Perez that Jews needed to confront their own role in racism before taking on the rest of the movement’s aims.

In Tel Aviv, Boteach said that the definition of anti-Semitism is when Jews are judged by an impossible standard.

“Not a double standard — we’ve lived with that our entire existence — but an impossible standard,” he said.

“Farrakhan called Jews termites. We know what we do with termites. You exterminate termites. He speaks of Jews in genocidal language. And yet, Roseanne Barr was taken off TV. And this woman is leading the Women’s March,” Boteach said.

He continued by noting that the Nation of Islam leader hates gays “almost as much as he hates Jews” and believes that “women ought to be in the kitchen.”

“Yet [Mallory] still defends her relationship with him. Talk about impossible standards,” Boteach said.

Later, in an exclusive interview with Breitbart News, Barr slammed the notion suggested suggested by Women’s March leader Tamika Mallory that “white Jews, as white people, uphold white supremacy,” with Mallory adding that at the same time “all Jews are targeted by it.”

“Well that’s a racist term because the cornerstone of white supremacy is anti-Semitism, Jew-hatred,” Barr said. “And then to blame Jews for it is actually very anti-Semitic.”