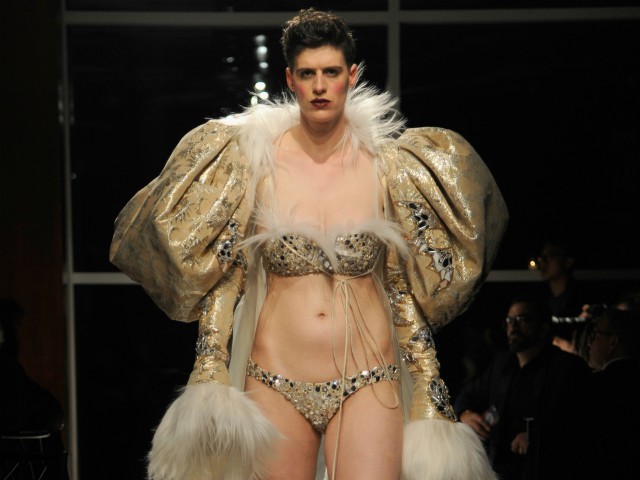 Rain Dove, a gender fluid model who’s currently dating actress Rose McGowan was maced by a woman in a woman bathroom after being mistaken for a man.

“This person peppersprayed me in a ‘women’s restroom’ a little bit ago. I didn’t get to converse with this being because this person just sprayed me and ran past with their kids in terror, asking the security guard to come in and confront me. I wasn’t even able to get the humans name because of the chaos and the washing,” Rain Dove said.

The post includes a screenshot from Instagram messenger of a woman who admitted to macing Dove and said that she “would do it again.”

“I hope that pepper-spray burned the fuck out of you. I think it’s stick that you go into ladies rooms and encourage others to do it on social media. Go to the 1 your ID says to! Keep your nastie dick away from us!” the angry mother wrote.

Rain Dove did not react in a hostile manner, however, and decided to tell the woman that while she was in fact a female on her ID, she admired the woman’s “bravery” for protecting her children against “what you believed to be a tall cis man coming into the restroom.” The model also said that there is not necessarily anything to fear from a transgender person using the restroom with you.

The woman finally said, “I still don’t like trans people in the bathroom but I wont mace anyone next time.”

In the Instagram caption, Rain Dove said, “We had a conversation and here’s how it went. We have a Skype convo schedule with a trans friend of mine as well to get another perspective.”

“In exchange we are buying this person lunch via delivery. Just get the education out there. Stop the pain. Stop the violence. Stop the homogenous assessment. See me for my actions not my body. I am an experience. I am intentions. I am an awareness. Not simply flesh.”