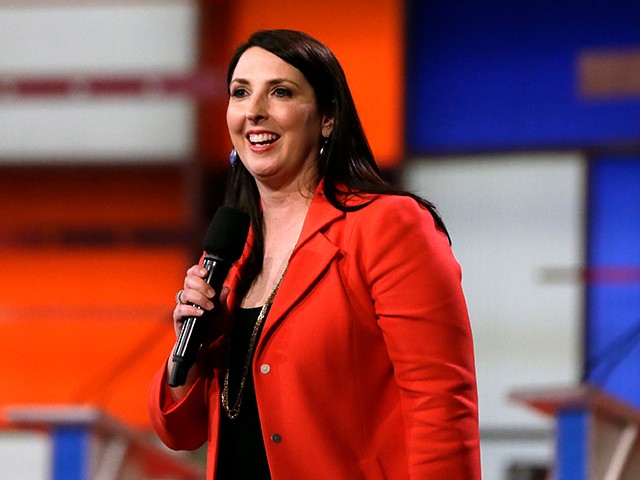 WALLACE: The fight over the Kavanaugh confirmation seems to have energized Republican voters. I want to take a look at a poll. In a poll in July, 78 percent of Democrats said that the November elections are ‘very important’ compared to 68 percent of Republicans. In a new poll, a ten point enthusiasm gap has now shrunk to two points. 82 percent for Democrats, 80 percent for Republicans. What is it about the Kavanaugh confirmation process that you think has mobilized your voters?

MCDANIEL: I think it’s been a culmination of things. The Democrats have doubled down ‘resist and obstruct’ the past two years. This [the Kavanaugh confirmation process] has brought all of this to the forefront — the protests, the interruptions during the hearings and now with this smear campaign of Judge Kavanaugh, holding these allegations to the eleventh hour. I think Republicans have woken up and said ‘Listen, it’s a very clear choice, do we won’t resist, obstruct, delay, dysfunction in Washington?’ They are also seeing the results, 3.7 percent unemployment, four million new jobs in this country. It’s a pretty clear choice which party’s delivering and which party is obstructing.

WALLACE: Some analysts say that this new energy, what Senator McConnell called a political gift of the Kavanaugh case, will help you more in Senate races, in state-wide races, than it will House races, particularly in suburban districts. A recent Quinnipiac Poll, when voters were asked the generic ballot question ‘who do you back in your House district?’ 49 percent said the Democratic candidate, while 42 percent said the Republicans. So, it’s still plus seven for the Democrats. Is the Kavanaugh bump, if there is any, playing differently in House and Senate races?

MCDANIEL: It’s not. It’s helping across the board. The generic ballot has narrowed from double digits. Now it’s at seven. I’m looking at every race across the country. We have about 30 that are in the margin of error, certainly in districts where Hillary Clinton won where we have Republican incumbents. Our job is to turn out our base first. Our base is completely energized right now. The Kavanaugh hearings have just highlighted how important this election is for them.