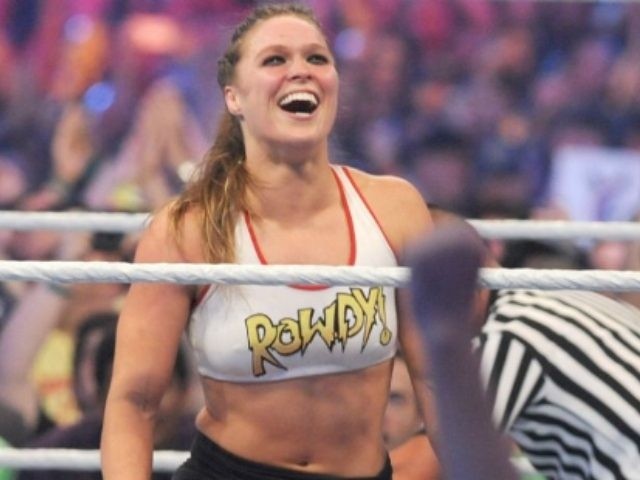 If you’re speculating on when Ronda Rousey will give up her professional wrestling career in order to start a family, don’t. Because the woman who was once regarded as perhaps the most dangerous female on the planet, is the only one in control of her body and doesn’t mind letting people know that.

In response to a report that she would leave the WWE after Wrestlemania 35 to start a family, the former UFC champ unloaded in an interview with ESPN.

I honestly don’t know why [anyone] feels like [they’re] an authority to speak on the plans for my uterus. If I responded every single time the world speculated what I was doing with my womb I would not have a free moment in the day. I really don’t feel like I should have to respond to that kind of thing. It’s my vagina, my life, keep the speculations to yourself. Leave me and my reproductive organs alone.

I’ve not kept it a secret that I would definitely want to start a family. But how do you go about doing that? I love this way more than I thought that I would. So do you just keep going until you just happen to get pregnant? Or should you stop and go try and get pregnant? Or is going and trying to get pregnant putting yourself on the spot and then you’re less likely to get pregnant? I’ve never had a baby before, I don’t know these kinds of things. It would be kind of cool to just keep acting and then one day, ‘Hey, surprise twist, I’m pregnant.’ That would be fun. There’s a lot of things up in the air. A lot of decisions that we’ve gotta make as a family. I’m trying to figure it out as I go along.

According to USA Today Sports, “Pro Wrestling Sheet later reported that Rousey told WWE “around Survivor Series” that she intended to take a break. Rousey previously told Yahoo! last March that she and husband Travis Browne were “ready to start having kids soon.”

ESPN’s Ramona Shelburne also weighed-in, noting that it is illegal for a company to ask about Rousey’s “family planning.”

Yes, this is an intense quote. But remember, it’s illegal for an employer to ask a woman about their family planning. Should be up to her. And as reported here, there’s ways for her to stay involved w/ @wwe once she does, just like @StephMcMahon https://t.co/cKwuEdGGJb

Rousey will turn 32 on February 1st.