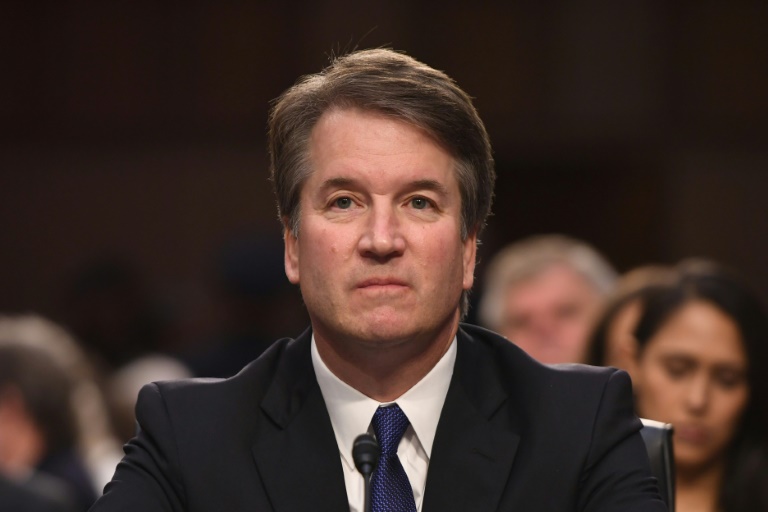 On the eve of a vote on the confirmation of Brett Kavanaugh as a justice on the U.S. Supreme Court, Sen. Dianne Feinstein has produced a letter from an unnamed woman who accuses him of sexual misconduct when she and Kavanaugh were in high school.

Ronan Farrow — a journalist who has gained notoriety for his investigative reporting on sexual predators, including disgraced movie mogul Harvey Weinstein and CBS executive Leslie Moonves — worked with another writer at the New Yorker to report on the last-ditch effort by Democrats to derail Kavanaugh’s confirmation.

Unlike Farrow’s earlier reports on Weinstein and Moonves – in which victims are named and interviews included in the piece, the Kavanaugh accuser is different — and less credible — for several reasons.

First, the woman is refusing to provide her name or to be interviewed — even anonymously.

Second, she did not tell anyone at the time of the alleged encounter with Kavanaugh, while Kavanaugh was with a friend during their interaction and said he doesn’t recall the story she tells.

The woman, who has asked not to be identified, first approached Democratic lawmakers in July, shortly after Trump nominated Kavanaugh. The allegation dates back to the early nineteen-eighties, when Kavanaugh was a high-school student at Georgetown Preparatory School, in Bethesda, Maryland, and the woman attended a nearby high school. In the letter, the woman alleged that, during an encounter at a party, Kavanaugh held her down, and that he attempted to force himself on her. She claimed in the letter that Kavanaugh and a classmate of his, both of whom had been drinking, turned up music that was playing in the room to conceal the sound of her protests, and that Kavanaugh covered her mouth with his hand. She was able to free herself. Although the alleged incident took place decades ago and the three individuals involved were minors, the woman said that the memory had been a source of ongoing distress for her, and that she had sought psychological treatment as a result.

Kavanaugh has issued a statement, which the New Yorker included in its story.

“I categorically and unequivocally deny this allegation,” Kavanaugh said in the statement. “I did not do this back in high school or at any time.”

The New Yorker included the facts about how the woman approached her congresswoman, Anna Eschoo (D-CA), which reveals the woman now lives in the Golden State.

The letter was also sent to Feinstein, ranking member of the Senate Judiciary Committee, who questioned Kavanaugh during his confirmation hearing but did not refer to the woman or the letter.

The New Yorker reported that the woman had decided to not advance her allegations, but:

After the interactions with Eshoo’s and Feinstein’s offices, the woman decided not to speak about the matter publicly. She had repeatedly reported the allegation to members of Congress and, watching Kavanaugh move toward what looked like an increasingly assured confirmation, she decided to end her effort to come forward, a source close to the woman said.

The New Yorker article describes the tense reaction to how Feinstein handled the revealing of the letter among fellow Democrats.

“Feinstein’s decision to handle the matter in her own office, without notifying other members of the Senate Judiciary Committee, stirred concern among her Democratic colleagues,” the article stated. “For several days, Feinstein declined requests from other Democrats on the Judiciary Committee to share the woman’s letter and other relevant communications.”

Eventually, Feinstein briefed other Democrats on the committee, but no staff was present at the briefing, according to the New Yorker.

Feinstein made a public announcement on Thursday.

“I have received information from an individual concerning the nomination of Brett Kavanaugh to the Supreme Court,” Feinstein said. “That individual strongly requested confidentiality, declined to come forward or press the matter further, and I have honored that decision. I have, however, referred the matter to federal investigative authorities.”

The Federal Bureau of Investigation (FBI), the agency that received the letter, issued a generic statement: “Upon receipt of the information on the night of September 12, we included it as part of Judge Kavanaugh’s background file, as per the standard process.”