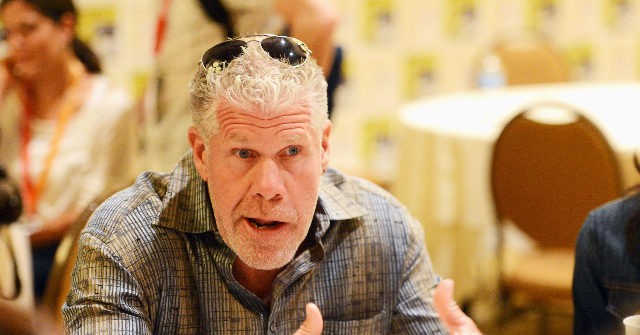 Left-wing Hollywood star Ron Perlman has given up on the United States, calling for secession in the form of a national divorce between red and blue states.

Perlman laid out his proposal in a typically gruff tweet on Thursday. “It’s time that every state they would elect republicans to represent them, and all of the rest of us separate,” he tweeted. “You don’t wanna live in my world and I certainly don’t want to live in yours.”

It’s time that every state they would elect republicans to represent them, and all of the rest of us separate. You don’t wanna live in my world and I certainly don’t want to live in yours.

If Ron Perlman is uncomfortable with the growing partisan rancor, he can partly blame himself.

The Hellboy star is one of Hollywood’s most incendiary and belligerent left-wing ideologues, regularly using his social media accounts to insult conservatives. Following Rush Limbaugh’s death last year, Perlman said the late radio host will “spend the rest of eternity” in hell.

Perlman tweeted “fuck you, GOP” in the days leading up to the recent California gubernatorial recall election. In 2020, he declared America a “shithole country” under then-President Donald Trump.

Vote NO on the upcoming recall vote. PS – fuck you, GOP 🖕🏼 pic.twitter.com/QCv8HYvJv0

Last week, the actor even attacked establishment movie critics — the vast majority of whom are leftist — for having the audacity to criticize his latest movie, Netflix’s climate change satire Don’t Look Up.

Secession has been proposed by a number of left-wing voices that have given up on the U.S. The far-left magazine The Nation pondered the possibility of a sundered U.S. in an article published in 2020 titled, “Should the United States Stay United?”