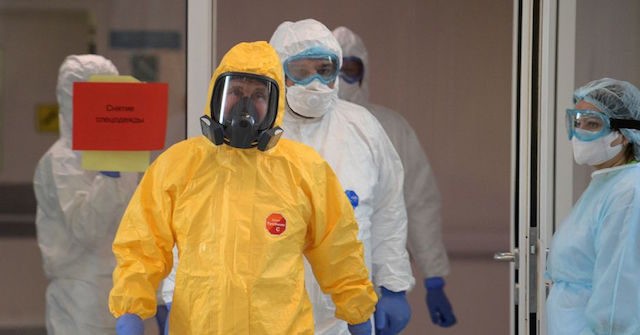 Sen. Ron Johnson (R-WI) said Monday that he will do what it takes to return to the Senate to vote for President Donald Trump’s Supreme Court nomination, Amy Coney Barrett, suggesting he will even “go in a moon suit” if he is still testing positive.

“If we have to go in and vote, I’ve already told leadership I’ll go in a moon suit,” Johnson told KHOW, a Colorado talk radio station. “We think this is pretty important. I think people can be fairly confident that Mitch McConnell is dedicated to holding this vote.”

Johnson went on to say that if he tested positive days prior to the vote, he would “try to find a way” to vote for Barrett while ensuring that everyone was kept safe.

“I would certainly try to find a way,” Johnson said. “Again, making sure that everyone was safe.”

Since Friday, three Republican senators have announced that they have tested positive for the coronavirus, including Sens. Mike Lee (R-UT) and Thom Tillis (R-NC). Both Lee and Tillis serve on the Judiciary Committee, which is responsible for ensuring that Barrett’s nomination reaches the floor.