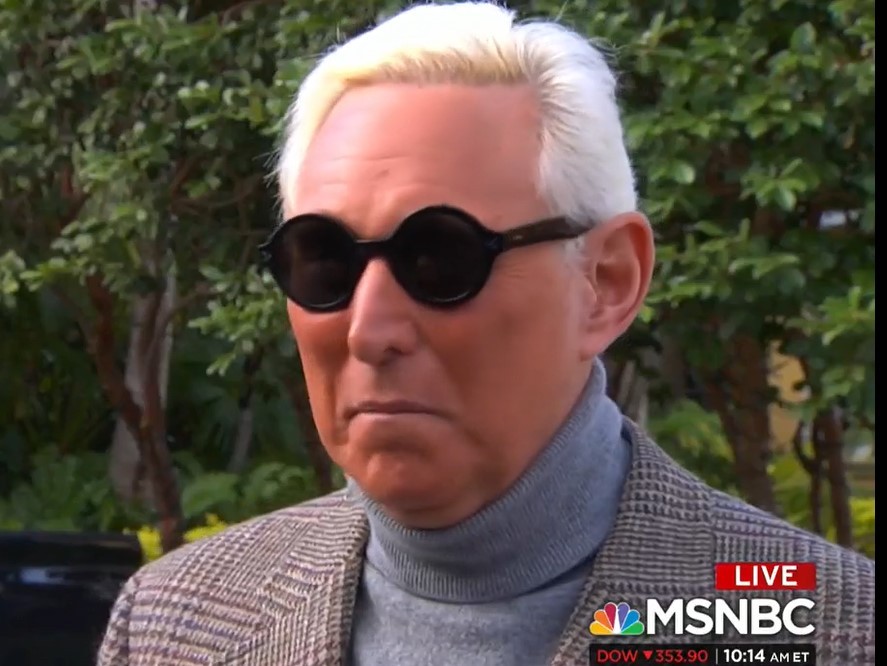 Monday, Roger Stone spoke with reporters about his arrest early Friday morning, saying greater force was used to arrest him than was used “to take down Bin Laden or El Chapo’

Stone said how it went down was a “raw abuse of power” because a CNN reporter was able to film his arrest.

“It is frustrating,” Stone outlined. “It’s a raw abuse of power in the fact that a CNN reporter was allowed to film my arrest when the street was sealed off and the fact that the CNN producer in question is a former assistant to James Comey at the FBI and formally worked for the FBI. His claim that he just had a hunch is not credible.”

Stone’s remarks echo what former New Jersey Gov. Chris Christie said Monday on “CBS This Morning,” in which he accused the FBI of trying to “intimidate” Stone with their “over the top” arrest tactics.