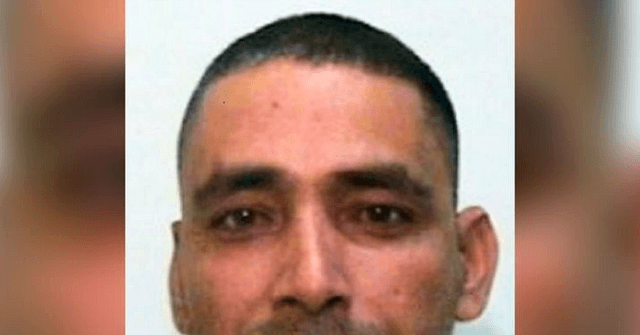 A member of the notorious Rochdale grooming child rape gang has complained about his treatment in Britain at a deportation hearing, saying that he is barely “surviving” on state benefits.

Fifty-one-year-old Adil Khan from Pakistan, who was previously jailed for his role in the child rape gang in Rochdale, Greater Manchester after he impregnated a thirteen-year-old girl and trafficked another 15-year-old girl.

Khan was sentenced to eight years in prison in 2012, yet he was released early and has remained in the country despite years of promises from the government to deport him.

Alongside his fellow gang member Qari Abdul Rauf, 52, Khan has launched a series of taxpayer-funded appeals against their deportation to their native Pakistan.

Following reports that Rauf is still walking the streets of Rochdale, Home Secretary Priti Patel promised to “strain every sinew” to remove the child predators from the country.

Appearing before an immigration tribunal to discuss his case against deportation, Khan bemoaned his current life in Britain, claiming he has not been afforded his rights.

“I cannot exercise any rights in this country as an individual. I cannot do anything for my family, I’m just surviving on my son’s benefits,” he said through a translator per the BBC.

“I cannot take my son to school if it is raining, we cannot afford a taxi.

“The police informed me about a month ago that they have cancelled my driver’s licence, according to the Home Office instructions.”

The chair of the hearing, Judge Nehar Bird informed the child rapists that the tribunal was convened “to decide whether the Home Office decision to deport you back to Pakistan is right or wrong, in law”.

Complications over their deportations have arisen as both men were granted certificates from the government in Islamabad stating that they officially renounced their citizenship from Pakistan. However, the documents were issued in September of 2018, after they were already stripped of their UK citizenship.

The appeal is also attempting to cite Article 8 of the European Convention on Human Rights, which despite leaving the European Union, the UK is still bound by as it is an instrument of the Council of Europe which is separate — although closely tied — to the European Union.

One of Khan’s victims said in April: “The fact they are appealing their sentences honestly makes me feel sick.”

“I have to live round here and it’s so easy to find me if they want to,” she said, adding: “We are nearly ten years on and me and the other victims are still being let down by the police and the legal system. No one seems to care.”

The British government and local police forces throughout the country have been accused of overlooking the scourge of child sexual grooming over the past few decades over politically correct fears.

Last year, for example, it was revealed that police in Rotherham police overlooked decades of abuse committed by members of “Asian” rape gangs over concerns about stoking “racial tensions”.

A report from the Independent Office for Police Conduct (IOPC) said that a senior officer in Rotherham told a father of a missing girl that the city “would erupt” if the public was made aware that “Asian” grooming gangs were sexually abusing young white girls, for example.

Rape Gang Member Walking Streets of Rochdale Six Years After He was Supposed to Be Deported https://t.co/ms3CVhocBg