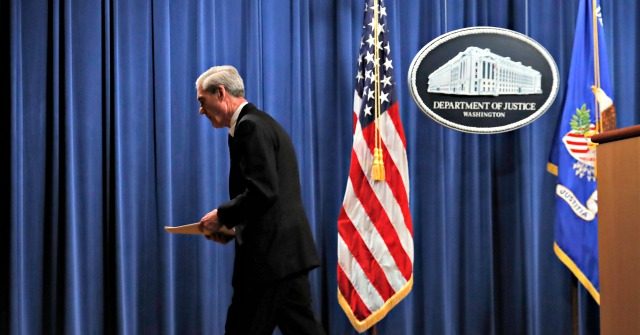 Special Counsel Robert Mueller vowed Wednesday to never speak again about the Russia investigation in a press conference on Wednesday announcing his resignation.

“Now, I hope and expect this to be the only time that I will speak to you in this manner. I am making that decision myself. No one has told me whether I can or should testify or speak further about this matter,” he said.

He did not explain why he did not want to discuss the investigation again, but left hanging members of Congress on both sides of the aisle who had hoped he could answer lingering questions.

He said any testimony he or anyone else from the office gave would not go beyond their report.

“There has been discussions about an appearance before Congress. Any testimony from this office would not go beyond our report,” he said. “It contains our findings and analysis and the reasons for the decisions we made. We chose those words carefully and the work speaks for itself. And the report is my testimony. I would not provide information beyond that which is already public in any appearance before Congress.”

“Beyond what I’ve said here today and what is contained in our written work, I do not believe it is appropriate for me to speak further about the investigation or to comment on the actions of the Justice Department or Congress,” he said.

He refused to take any questions at the press conference either.