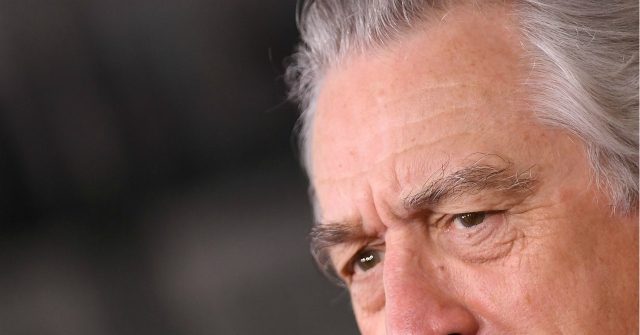 Thursday on MSNBC’s “The Last Word,” actor Robert De Niro predicted President Donald Trump would be in jail one day.

While discussing portraying disgraced investor Bernie Madoff, De Niro said, “They didn’t allow much access the way I understand it to Madoff. With Trump when he’s in jail and that I am certainly looking forward to, when he’s in jail, if they give him a platform there, he’ll never keep his mouth shut. Madoff, for some reason, they stopped. I know people that interviewed him had very limited access to him. But with Trump, it will be—he’s another form of being.”

O’Donnell said, “When you look at Madolph and Trump, they both seem to have that sociopathic quality of zero empathy, no ability to see what it’s like to be somebody else.”

De Niro said, “That’s what I realized right after he was elected when I was on Jimmy Kimmel. I said give him a chance, always give somebody the benefit of the doubt. But that was not the case. He’s been worse than any of us could have imagined, any of us could have imagined. It’s — there is something, you know, I don’t want to call him names. I’ve done all that. He’s worse than we could ever imagine. It’s beyond comprehension.”