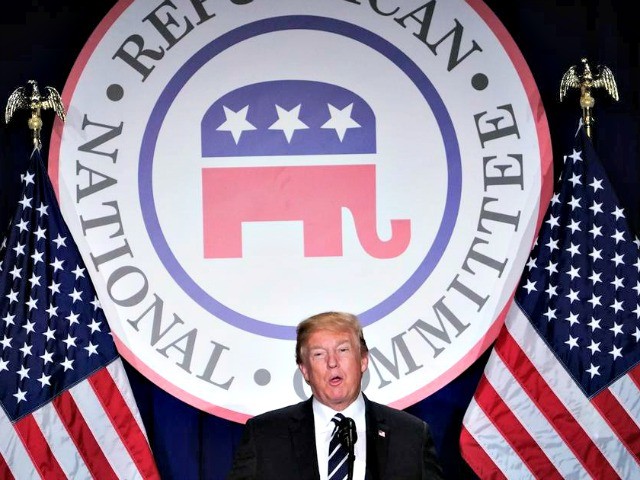 The Republican National Committee (RNC) raised $26.2 million in September, part of a larger three-month haul of $56.9 million in 2018’s third quarter, breaking its previous fundraising record for a single month outside of a presidential election year.

The Democratic National Committee (DNC) “has lagged behind its GOP counterpart” across 2018, added Politico:

The Democratic National Committee has yet to release its third quarter numbers, but has lagged behind its GOP counterpart all year. The Democratic committee raised about $116 million from the start of the year through the previous quarter, according to its last fundraising report, and had around $8 million in the bank at the end of July.

The RNC’s third quarter total is up about 35 percent from the $41.5 million the party raised in the second quarter of this year.

President Donald Trump broke new ground via the raising of $18 million between July and September, according to Politico. The president’s re-election campaign holds $106 million, according to Federal Election Commission filings made available on Monday.

Politico added: “Compared to his predecessor, Trump has 34 times more cash on hand than President Obama had toward his re-election effort at a similar point in 2010.”

Politico makes no mention of widespread financial advantages held by Democrats and the broader left over Republicans and the broader right across news media, entertainment, academic, philanthropic, and technological landscapes.