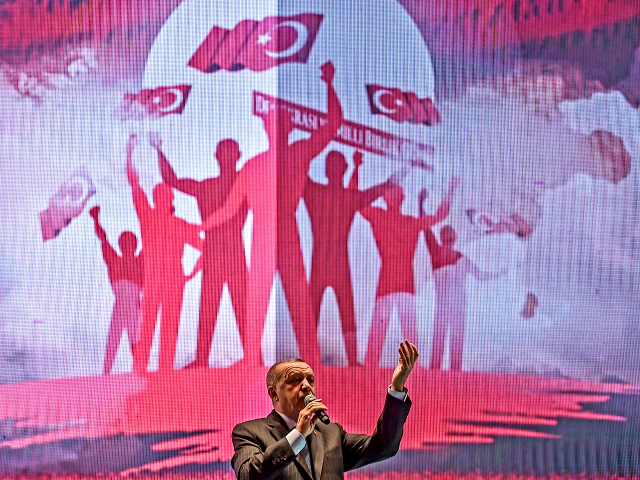 The murder of journalist Jamal Khashoggi at the Saudi consulate in Istanbul, Turkey, has dominated headlines globally over the past few months. Khashoggi, also a former advisor to the Saudi Royal family, had fallen out of favor and went into a self-imposed exile in the United States last year.

From America, he regularly criticized the policies of Saudi Crown Prince Mohammed bin Salman in a monthly column for the Washington Post.

Khashoggi was thought to have found an avenger in Turkish President Recep Tayyip Erdogan, who told world leaders at the G20 Summit that he demanded the extradition of Khashoggi’s murderers. The Turkish president had stated at the G20 that Crown Prince Mohammed gave world leaders an “unbelievable explanation” of the situation.

President Donald Trump referred to the internationally condemned murder as “the worst cover-up in history” and has brought forth discussions of possible consequences, ranging from restrictions on future arms sales to Saudi Arabia to a further scaling back of American support in the ongoing Saudi intervention in the Yemeni civil war.

While the issue of journalists under fire from retaliatory governments uncomfortable with their scrutiny has received more attention from the press recently, one investigative reporter’s story has flown largely under the radar.

Most Americans are not familiar with Arbana Xharra, who shared her harrowing story for this piece. Xharra is a well-known journalist from Kosovo – the youngest state in Europe, which declared independence in 2008 with the full support of the United States. As a result of her reporting, she has had to face humiliation, threats, and even physical attacks.

Starting in 2012, Xharra began a 12-month investigation into the rise of religious extremism following the collapse of socialism in the former Yugoslavia. She was one of the first to report on the Islamic extremists operating in Kosovo and other Balkan countries and their links to terrorist organizations. Her work helped to uncover operational and financial links, assisting the government’s efforts to address the problem.

In addition to her over 73,000 Facebook followers, she is a three-time winner of the United Nations Development Programme (UNDP) Prize for her articles on corruption in Kosovo in 2006, 2007, and 2008. Xharra was also awarded a Balkan Fellowship for Journalistic Excellence in 2012 and won the U.S. Secretary of State’s International Women of Courage Award for the European division in 2015.

More recently, she has been noted for her extensive writing on the globalization of religious extremism funded and executed by Erdogan’s regime in the Balkans and across Europe.

Her articles exposed the fact that Erdogan has financed the building of a network of mosques in the Balkans intended to be used as a vehicle for the spreading of Radical Islam. She also uncovered that Erdogan has hand-selected Turkish imams to direct the teaching of Islam to influence the young and impressionable. Her investigative reporting has brought to light the fact that Erdogan is manipulating Balkan leaders economically by selectively investing in certain countries to increase his regional power.

According to Xharra, Erdogan uses the Turkish International Cooperation and Development Agency (TIKA) and Turkey’s Directorate of Religious Affairs (Diyanet) to expand influence in the Balkans, where they have built hundreds of religious institutions. This includes the reportedly 35- to 40-million-dollar “Central Mosque” in Kosovo and the building of a similarly extravagant mosque on a 10,000-square-meter property on George W. Bush Street in Tirana, Albania.

This was in addition to Erdogan ensuring that numerous critical assets – including airports, infrastructure, mines, and energy distribution projects – are financed and largely managed by Turkey.

Her investigating has exposed Erdogan’s attempts to suppress the moderate Islamic movement led by Fethullah Gülen. Gülen is currently living in exile in the United States. She has also written extensively on the Diyanet and its involvement in promoting Erdogan’s Islamic agenda. She says the organization, which is also reportedly active in U.S., serves to spy on Turkish citizens who escaped from Turkey around the world.

As a result of her fearless reporting, Xharra began to receive threats not only from the targets of her stories, but from people sympathetic to radical Islam and Erdogan.

In a Skype interview for this article conducted on Christmas week, I asked Xharra about the threats made against her and her family, the way authorities handled them, and where she thinks Erdogan’s influence campaign is ultimately going. Regarding the initial threats she received, Xharra said, “In the beginning, I underestimated the threats. Then, one weekend in 2015, I received over 200 threats via social media in just 2 days.”

She claims after she reported the threats to police, one officer asked her why she was writing about Islamic groups and not Catholic groups.

“The police were supposed to take my statement, not evaluate my work,” Xharra said.

This wave of threats occurred in response to her reaction to propagandist material that was posted online and looked to target children.

As she continued her writing and investigating, a new, more radicalized version of Islam began spreading within her country and other bordering nations. As a result, she was painted as Islamophobic in her home region. Social media postings attempted to portray her as being against fasting during the Ramadan period and claimed that her uncle was linked to the former Serbian regime that had murdered ethnic Albanians.

She dealt with a full-on hate campaign that extended beyond just private citizens and would go on to include political figures as well. Turkish Ambassador Kıvılcım Kılıç wrote an open letter against her in early 2017 published online and, just days later, her photo became viral on social media as the face of not only the anti-Islamic movement but as an opposition figure against Turkish policy.

The threats have not been limited to Xharra; her entire family has been victimized. In February 2017, she received a
threatening message via Facebook that contained a photograph of a murder victim on the ground and was captioned “we know how much you love your children, and we are going to find you.”

The threats against her intensified in 2017 as she was writing about Erdogan’s alleged efforts to use religious institutions, schools, and mosques in the Balkans to expand his influence. A few weeks after the threat against her children, Xharra found an ominous red cross painted by the front door of her apartment. One of her sons first saw the vandalism when he came home from school.

When she reported the vandalism, she says police told her, “If they were going to kill you, they would have. They just want to scare you.”

Three weeks later, her tormentors did more than attempt to scare her.

In May 2017, Xharra suffered a severe beating in her parking garage, requiring hospitalization. Again, she claims, police did nothing to try to find the offenders: “This sends a message to journalists in my country and all around the world. This is what will happen to you when you start investigating.”

The attack did receive attention from some international news media, but police never found Xharra’s attackers.

She is now living in New York with her two children, where she continues to write about Turkey and radical Islam in the Balkans.

“The EU is underestimating Turkish influence through religious activities, and the mosques and Islamic hubs being financed by Erdogan are centers for radical political mobilization,” Xharra says.

She warns that Americans should be aware of Erdogan’s agenda in the United States as, under the Turkish President, the Diyanet Center of America (DCA), a mosque & Islamic center in Maryland, was built just outside Washington, D.C.

Erdogan’s attempts to feign outrage regarding the murder of Jamal Khashoggi stands in stark contrast to the way he deals with honest investigative reporting. This week’s news of a $1.8 million Mosque to be funded by Turkey in Kosovo validate the integrity and accuracy of Xharra’s reporting and fears of “neo-Ottomanism.”

Arbana Xharra continues to focus on her work despite the threats and attacks against her, now at home in the United States.

Julio Rivera is a Political and Business Strategist, Columnist, Editorial Director for Reactionary Times and Producer and Co-Host of America’s Common Ground TV.