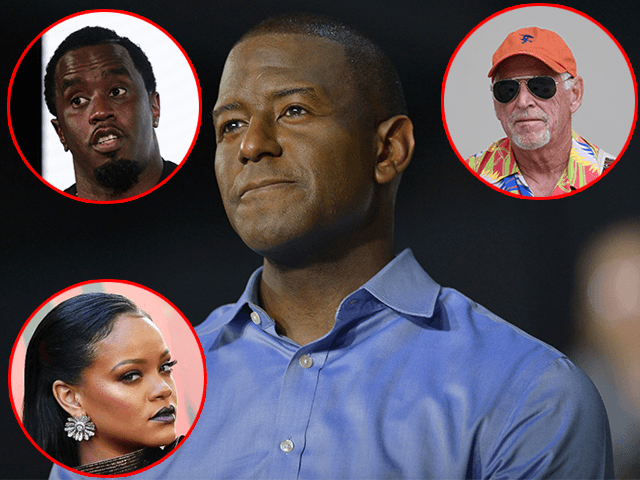 Far-left film producer and President Trump critic Michael Moore hailed Gillum’s victory as “historic,” tweeting: “The progressive insurgent has won again! Andrew Gillum is the the Democratic nominee for Governor of Florida. Thank u Parkland students for cross-crossing the state to help make this happen! The traditional Democrats on the ballot spent $112M. Gillum spent $8M.”

AN AMAZING UPSET!! The progressive insurgent has won again! Andrew Gillum is the the Democratic nominee for Governor of Florida. Thank u Parkland students for cross-crossing the state to help make this happen! The traditional Democrats on the ballot spent $112M. Gillum spent $8M pic.twitter.com/Q2ID0WL9JJ

Actress-turned-left-wing activist Alyssa Milano congratulated Gillum following his upset win, referring to him as “the right choice for this time in history.”

Thank you, Florida! .@AndrewGillum has won the primary. He’s the right choice for this time in history. pic.twitter.com/eQIBDeIc2I

Actor John Leguizamo tweeted of Gillum’s surprise win: “What a triumph! Congrats! We will be with you till you cross the finish line!”

What a triumph! Congrats! We will be with you till you cross the finish line! https://t.co/n2GtgsLAt8

“[Andrew Gillum] is dude I know that I’m crazy about. I’ve worked with him for years and years in People for the American Way,” said creator behind television classics like All in the Family. “He’s about 35, now, and he’s the mayor of Tallahassee. He’s a tall, great-looking black guy, and a great friend. I couldn’t admire him more. … Governorship of Florida is his goal, and I think he can go further than that.”

On the heels of @staceyabrams’ victory, can I challenge U to help me help @AndrewGillum win? Post a vid& ask 3 friends to join #GillumForGov pic.twitter.com/bLc45GKurk

Producer Will Packer announced his support for Gillum in a Facebook video, describing him as “the most progressive and forward-thinking candidate, by far.”

Andrew Gillum has a vision for what America can be. Turn out to vote and help make @AndrewGillum the next governor of Florida this Tuesday, August 28! https://t.co/BIfN0YyRjS #VOTE #VoteGillum pic.twitter.com/lTgywNQw9a

As November 6 fast-approached, “Diddy” and pop megastar Rihanna announced their support for Gillium in a pair of social media posts.

Diddy released a video endorsement for the Democrat, saying that he was “so proud to endorse Andrew Gillum, who will become the first black Governor of Florida.”

Combs affirmed he is not only backing the far-left candidate because he is African-American but “because he’s the best man for the job.”

“He’s running a campaign for the people,” the entertainer added. “I’ve spoken to him at length. I believe in him, his focus, his ideas, what he stands for.”

One day after Combs endorsed Gillum, songstress Rihanna urged her fans to support the progressive Tallahassee mayor, calling on her nearly 66 million Instagram followers to help make him Florida’s first-ever Black governor. “If you’re tired of feeling like you don’t matter in the political process, know the most important thing you can do in supporting a candidate is finding someone who will take on critical issues such as: making minimum wage a livable wage, paying teachers what their worth, ensuring criminal justice reform, making healthcare a right, and repealing Stand Your Ground,” Rihanna wrote of Gillum.

Even singer-songwriter Jimmy Buffet got in on the action. The rocker and environmental activist played a free concert in support of Gillum and incumbent Sen. Bill Nelson (D-FL). The Associated Press reported Buffett had changed the lyrics of “Come Monday” to reference the November 6 midterm election, crooning “Come Tuesday, things will change. Come Tuesday, we’re making a change. It’s been two insane years and it’s time to really switch gears.”

Florida Line-Up, complete with Jimmy Buffet and Normal Lear, BOTH of which were stumping for @AndrewGillum and @SenBillNelson #BringItHome pic.twitter.com/V2rtoiB3ax