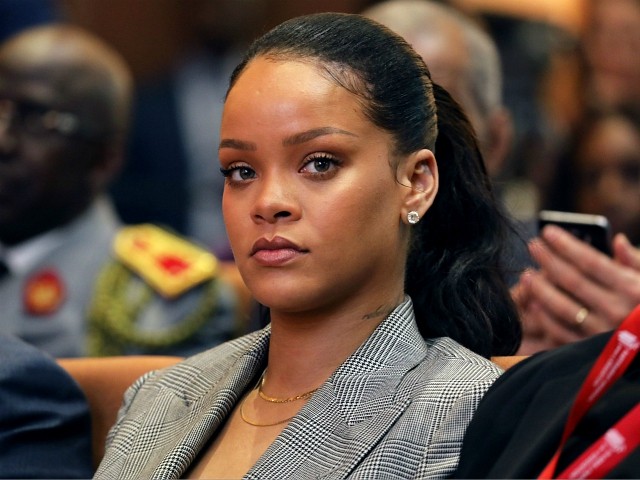 Pop superstar Rihanna accused the United States Border Patrol of “terrorism” Sunday over their use of tear gas to stop migrants from illegally crossing the U.S.-Mexico border.

Rihanna posted a screenshot of a tweet describing the use of tear gas on Instagram, captioning it with the word, “terrorism.”

Chaos erupted on the U.S.-Mexico border around San Ysidro Sunday after hundreds of migrants attempted to cross the border.

“If you’re tired of feeling like you don’t matter in the political process, know the most important thing you can do in supporting a candidate is finding someone who will take on critical issues such as: making minimum wage a livable wage, paying teachers what their worth, ensuring criminal justice reform, making healthcare a right, and repealing Stand Your Ground,” the “Diamonds” singer said earlier this month in support of Gillum.

Despite her endorsement and the help of rap mogul Diddy, Gillum’s campaign was not successful.

The Grammy-winner singer and actress has also recently busied herself with trying to stop President Trump from playing her music at his “tragic” rallies after her song “Don’t Stop the Music” was apparently played.

Not for much longer…me nor my people would ever be at or around one of those tragic rallies, so thanks for the heads up philip! https://t.co/dRgRi06GrJ