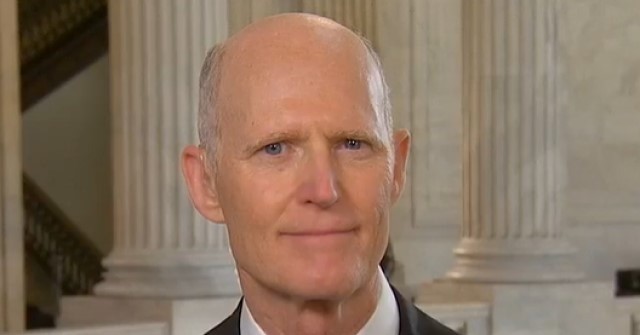 “I don’t think this is going to upend anything,” he said. “And by the way, Judge Barrett is a wonderful person. She’s humble. She’s got a wonderful family, adopted two kids from Haiti. She is a successful law professor, successful judge. She needs to be confirmed. We’ll get her confirmed the last week of October. She’s already been confirmed by most people in the Senate. It’s not like she’s a new person. She has already gone through this process three years ago.”

Later in the interview, Scott said he had tested “positive,” but later on Twitter, he said he had misspoken and had actually tested negative.

I misspoke this morning in my @FoxNews interview. I was tested yesterday for COVID and tested NEGATIVE.