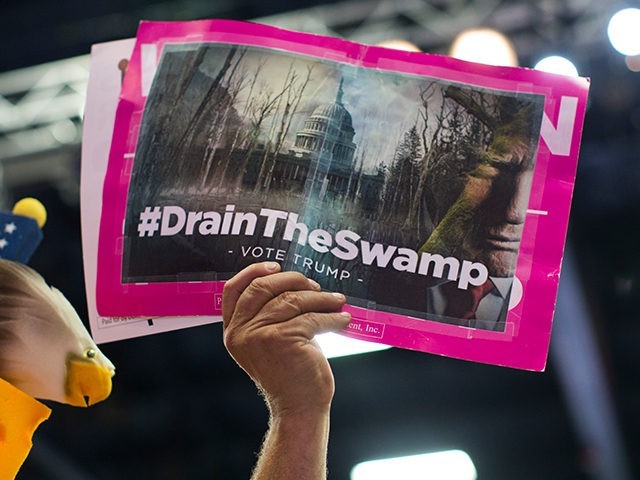 Project Veritas’ latest video exposé reveals that the Resistance movement runs deeply within the federal government. However, due to the civil service laws, those who refuse to do their jobs are nearly impossible to root out and fire.

The only way to fix this broken federal civil service system is for Congress to pass the MERIT Act. Federal civilian workers know that they cannot be fired even under the most egregious circumstances, and under current civil service law they are correct.

The sad truth is that it takes between six months and a year to fire the 0.53 percent of federal workers who are terminated with cause. When you include layoffs and terminations for cause, the Office of Personnel Management reports that the percentage of federal career civil servants asked to leave against their will swells to 2.68 percent in 2017. Unfortunately, the federal government does not track the private sector termination rate for cause, but the Bureau of Labor Statistics does show that a federal civil servant is 6.4 times less likely to be fired or laid off than those in the private sector who pay their salaries.

What few people realize is that President Obama signed an Presidential Memorandum in 2010 which effectively politicized the federal civil service. Frustrated by complaints that his people were not getting federal civil service jobs due to the cumbersome automated hiring process, Obama opened the doors for his political appointees to hire people based upon their resume submissions rather than allowing the career human resources managers to vet potential hires using the established, less manipulatable criteria.

The increased politicization of the federal workforce due to these hiring changes negates the core rationale behind providing career civil servants an almost impenetrable shield from attempts to terminate them for cause. The MERIT Act would expedite the firing process by shortening the appeals times and lowering the burden of proof that managers need to achieve to fire incompetent, lazy, or recalcitrant federal employees.

We know this will work because we’ve already seen it in action at the Veteran’s Administration. The MERIT Act would establish virtually the same criteria that is currently in effect at the VA after the passage of the Veteran’s Affairs Accountability and Whistleblower Protection Act. At the VA, the firing of employees for cause went up by 26 percent in the past year as dead wood was cut from the system.

But the even more significant impact of the MERIT Act will be the effect it will have on managers who will be more willing to go through a shorter, more rational firing process rather than subject themselves to the long, drawn out set of meetings with the HR team to terminate a single non-performing employee.

The natural impulse for a federal manager dealing with a bad or recalcitrant employee is to just encourage the transfer of that person and make them someone else’s problem. The MERIT Act will embolden those managers to accept the short-term pain of firing employees who have no business collecting a taxpayer funded paycheck.

One of the continuing themes in the Project Veritas videos is the overriding sense of the Resistance employees that they cannot be fired. Passage of the MERIT Act will change this psychological dynamic and put federal workers on notice that if they fail to do their jobs, they will cease to have a job.

Everyone else in America works under this assumption. It is time for the federal workforce to tie their work performance to their ability to retain their livelihood.