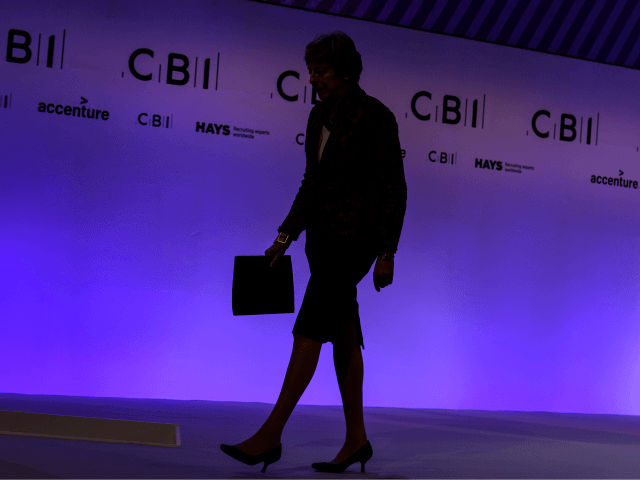 Theresa May requested the part of her proposed Brexit withdrawal agreement that could lock the UK to the European Union’s (EU) trade laws in the long term, the bloc’s chief Brexit negotiator has revealed.

According to the withdrawal agreement the Prime Minister proposes to make official this week, the UK will remain in a customs union with the bloc if a trade deal is not agreed, and this will form the “basis” for a future relationship.

Inside a customs union, the UK will have no control of trade policy and must follow EU rules with no say in making them, and the UK cannot leave it without the EU agreeing to it.

The plan was widely seen as a victory for the EU, allowing it to control the UK after Brexit, and leading to claim the bloc has bullied Britain into submission and even into colony-like status.

.@MichelBarnier “We have never negotiated against the #UK but always with the UK. Today, in my capacity as the @EU_Commission’s chief negotiator, I consider that we have achieved decisive progress in the #Brexit negotiations. UK will remain our friend, our ally and our partner.” pic.twitter.com/zlQA285Sw2

However, now Brexit negotiator Michael has hit back, revealing Mrs May requested the customs backstop arrangement.

He told reporters in Brussels Monday: “If you compare the guidance issued by European Council and the white paper from chequers, there’s a free trade area… the minimum point of departure if you like.”

The EU, he then explained, had moved towards a “single customs area” at the request of Mrs May as a solution to claims the “Irish backstop” meant the border on the island Ireland could not be kept open.

Under the authority of President @JunckerEU and with the support of @EU_Commission, we reached an important step last night in the #Brexit negotiations. But there is a long road ahead. We remain determined to deliver an orderly withdrawal with the UK. pic.twitter.com/pWWbR4gMME

This policy, it is expected, will be used as a “baseline” for the future trading partnership, to be negotiated during the almost-two-year transition period starting in March.

“The arrangement or agreement reached with Theresa May’s Government on a single customs area is something on which we have moved in the UK’s direction for first proposal of a backstop, I have taken in requests for a UK-wide backstop from the UK side.”

The transition can be extended, Mr Barnier also said. “I think it’s rather sensible to keep the possibility of a one-off extension for a short period of time but no decision has been made yet I haven’t seen any.”