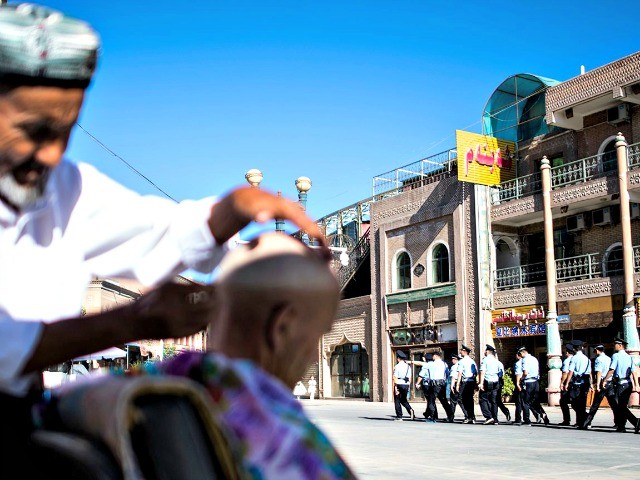 China is rapidly expanding the construction of its so-called “vocational” centers used to incarcerate, torture, and subject up to a million members of the country’s Muslim minority to communist indoctrination, according to a bombshell Reuters investigation published this week.

Adrian Zenz, an anthropologist who has tracked the expansion of the camps, estimates there could be as many as 1,200 – at least one for every county and township in [Muslim-majority] Xinjiang [province]. There is limited information on the costs of construction, but tenders for one facility outside the city of Kashgar list a combined budget of $45.6 million.

Previous estimates, including one by the Agence France-Presse (AFP), had placed the number of re-education facilities, also known as mind-transformation centers and concentration camps, at no more than 181.

Citing a forensic analysis of satellite images of 39 of the re-education facilities, Reuters found that China is “expanding” the construction of the centers “at a rapid rate,” adding:

The building-by-building review of these facilities revealed that the footprint of the built-up area almost tripled in size in the 17 months between April 2017 and August 2018…By August this year, the number of buildings at these facilities had more than doubled to 1,129. The area they covered had almost tripled to more than 1 million square meters – roughly the size of 140 soccer fields.

According to the report, China began construction of new facilities and expansion of existing around April 2017, soon after Bejing implemented new anti-extremism regulations in Xinjiang, including bans on the wearing of veils and long beards in public places.

China reportedly continues to expand the magnitude of its re-education facilities.

“A further 67 buildings, covering an area of 210,000 square meters, are now under construction in these compounds, according to the most recent satellite imagery that was analyzed,” Reuters noted.

Echoing other reports, the news outlet found that China’s persecution of Muslims has prompted adherents of Islam to abandon mosques.

“Mosques across Xinjiang are now adorned with Chinese flags and banners exhorting people to ‘Love the Party, Love the Country.’ During Friday prayers, the mosques are almost empty,” Reuters reported.

Although the majority of detainees at the centers are Uighur, Beijing is also reportedly incarcerating Muslims from other ethnic groups, including Kazakhs.

The U.S. government and United Nations has determined that China has forced an estimated one million individuals into re-education centers where they face systemic torture, disappearances, executions, and arbitrary detentions as part of Beijing’s campaign to ensure its Muslim minority is loyal to the communist party.

Beijing has denied the accusations, arguing that the camps are vocational centers intended to combat terrorism and Islamic extremism.

“Former detainees describe being tortured during interrogation, living in crowded cells and being subjected to a brutal daily regimen of Communist Party indoctrination that drove some people to suicide,” Reuters noted.

Some assessments, including the one by Reuters, have found that the facilities resemble the Soviet Union’s Gulag prisons.