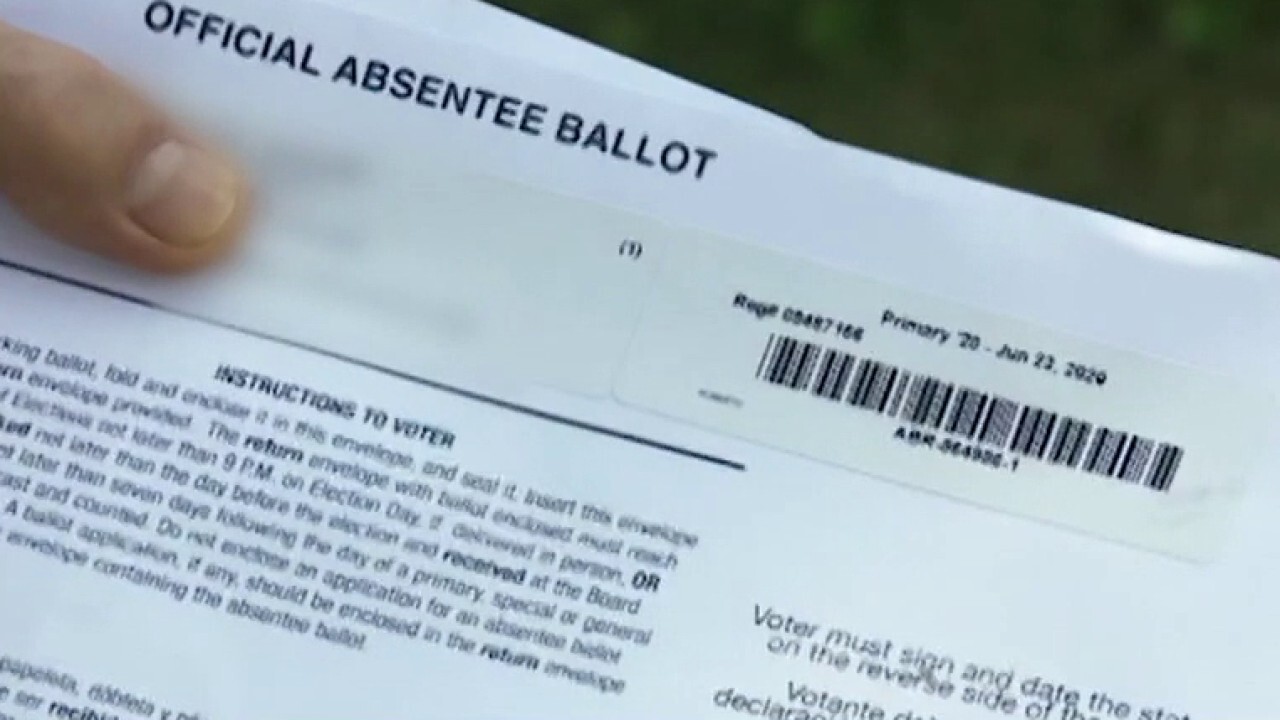 The Washington, D.C., Board of Elections (DCBOE) is instructing residents who receive mail-in ballots for previous residents of their apartments or homes to mark the ballots “return to sender” and put them back in the mail after numerous reports of voters getting such ballots in error.

The misaddressed ballots are a symptom of a common problem for many boards of elections around the country — outdated voter rolls that include people who are dead or have changed addresses. The DCBOE responded on Twitter Wednesday to several tweets from voters who said they got mail-in ballots addressed to previous residents of their dwellings. Some people, including David Closson, who works for the conservative Family Research Council, reported getting up to five incorrectly addressed ballots.

A spokesperson for the DCBOE told Fox News it is asking voters to “do your part” and “don’t take advantage” of ballots that were sent to them in error. When voters return such ballots to sender, the DCBOE will update its records, the spokesperson said.

“That’s our procedure,” the spokesperson said, emphasizing that the DCBOE is “asking citizens to help us.”

The spokesperson added that D.C. verifies signatures on its ballots. So when it is counting votes in November, if a signature on a ballot does not match the one on record it will reach out to the voter.

“Please mark it Return to Sender and put it in the mail,” the official DCBOE Twitter account responded to one George Washington University graduate student who asked what to do with an incorrectly addressed ballot.

“Give us a call… Also, mark the other ballots Return to Sender so we can update our files,” the DCBOE said in response to another person who said they didn’t get their own ballot but received three ballots addressed to people who did not live with them.

“Just write ‘Return to Sender’ on it and drop it in the mail,” DCBOE responded to a journalist who said he received the ballot for the previous owner of his house and asked where he could go to “surrender” it.

The elections board also addressed the reports in a separate tweet.

“If ballots are arriving for voters who do not live in your residence anymore, please mark it ‘Return to Sender’ and drop in the mail,” it said.

Darrell West, the vice president and director of Governance Studies at the Brookings Institution, told Fox News that the DCBOE’s plan to update its voter rolls by having people that got misaddressed ballots return them is unlikely to work.

“The problem is nobody’s going to send the ballot back if it’s somebody who lived there before,” he said. “I mean, most people don’t have the time to do that or the inclination to do that. What D.C. needs to do is what other cities and states have done is periodically go through the rolls and get rid of people who have died or moved.”

But it’s too close to the election to do that now, West said.

The incorrectly addressed ballots appear to support a fear many Republicans have expressed that states and jurisdictions quickly changing from traditional absentee systems to universal mail-in voting would experience problems sending ballots to the correct addresses, counting ballots as they are mailed in and more.

“Yes, 5 states vote entirely by mail,” GOP Chairwoman Ronna McDaniel said in a tweet earlier this year. “But what Democrats ignore is how chaotic it would be to make that transition in a matter of months.”

Many states have shifted to universal mail-in balloting in order to keep voters from congregating at polling places during the coronavirus pandemic. Most of those states, however, are deep blue and unlikely to play a deciding role in the presidential election. Nevada is the only state to make the switch this year that can legitimately be considered a swing state, though most observers believe it is firmly in the Joe Biden camp and not necessary in most Electoral College paths to victory for President Trump.

Colorado, another left-leaning purple state, is one of five states that has successfully run its elections with universal mail-in balloting for years. West said he is not concerned about the states with experience running universal mail-in elections or about fears of fraud that Trump and others have stoked. He’s worried about states and jurisdictions like D.C. that are just switching to universal mail-in this year in the middle of a pandemic having logistical troubles, specifically when it comes to signature verification.

“I think there is some question about the states that are doing it for the first time, whether they’re going to have procedures in place,” West told Fox News in a previous interview. “I think one of the big issues this year is going to be the signature verification… And of course, that’s a tricky business… We see that in trials where there are expert witnesses whose job is to identify particular signatures.”

West added Thursday that the DCBOE should be able to “weed out” any attempts to fraudulently mail in ballots that were sent to the wrong person through signature verification.

“But it means they have to be paying attention to that and really comparing the ballot signature to the signature that is on record,” West said. “So if they go through the proper steps, they should be OK. But then we don’t know if every jurisdiction will do that.”