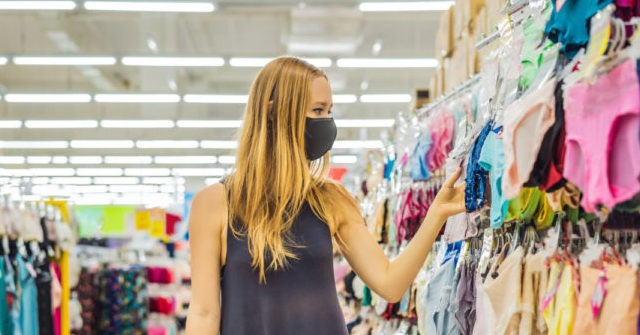 Retail sales jumped higher in May as consumers returned to stores as coronavirus lockdowns were lifted across the United States.

Retail sales surged 17.7 percent compared with the prior month, according to Commerce Department data released Tuesday, easily beating expectations for an 8 percent gain.

Retail sales are now down 6.1 percent compared with a year ago following the month to month 8.3 percent decline in March and April’s 14.7% dive.

Still, the better than expected figures for May indicate that consumers are confident enough about the economy and the pandemic to spend their income. The report also suggests that elevated unemployment benefits and other payments from the U.S. government are working to boost demand.

The economy appears to be bouncing back from the sharpest downturn on record. In May, businesses added 2.5 million jobs and the unemployment rates declined from the record-high hit in April.

The numbers indicate a high degree of “pent-up demand.” Clothing and accessories stores, many of which were closed in March and April,  reported the biggest percentage gain at 188 percent. Furniture stores sales rose 89.7 percent.

–The Associated Press contributed to this report.