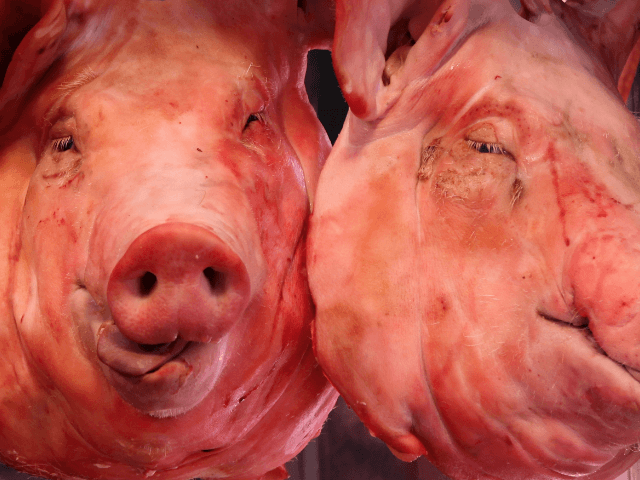 Researchers are warning of new flu strain found among pigs in China, noting that it carries a global pandemic potential, as it could infect humans.

Scientists discovered the virus in China, and researchers claim it carries “‘all the hallmarks’ of being highly adapted to infect humans and needs close monitoring,” according to BBC.

The outlet noted that the new flu is “similar” to the swine flu that broke out in 2009.

So far, it hasn’t posed a big threat, but Prof Kin-Chow Chang and colleagues who have been studying it, say it is one to keep an eye on.

The virus, which the researchers call G4 EA H1N1, can grow and multiply in the cells that line the human airways.

They found evidence of recent infection starting in people who worked in abattoirs and the swine industry in China.

“Right now we are distracted with coronavirus and rightly so. But we must not lose sight of potentially dangerous new viruses,” Prof Kin-Chow Chang of the UK’s Nottingham University told BBC, adding that we should “not ignore” the recent discovery.

At this point, humans would, generally, have no immunity to this strain of flu.

“We just do not know a pandemic is going to occur until the damn thing occurs,” said Robert Webster, an influenza investigator, according to Science Magazine. “Will this one do it? God knows.”

The world has remained focused on battling the novel coronavirus, which originated in China. While the World Health Organization (W.H.O) has denied playing a role in complying with China’s purported request to cover up the severity of the outbreak, President Trump in May announced that the U.S. would terminate its relationship with the organization.

“Countless lives have been taken and profound economic hardship has been inflicted all around the globe,” he said during the press conference.

“We have detailed the reforms that it must make and engage with them directly, but they have refused to act,” Trump continued, adding that “we must have answers, not just for us, but the rest of the world.”

There have been over 10.2 million confirmed cases of the Chinese coronavirus worldwide and 504,200 related deaths.