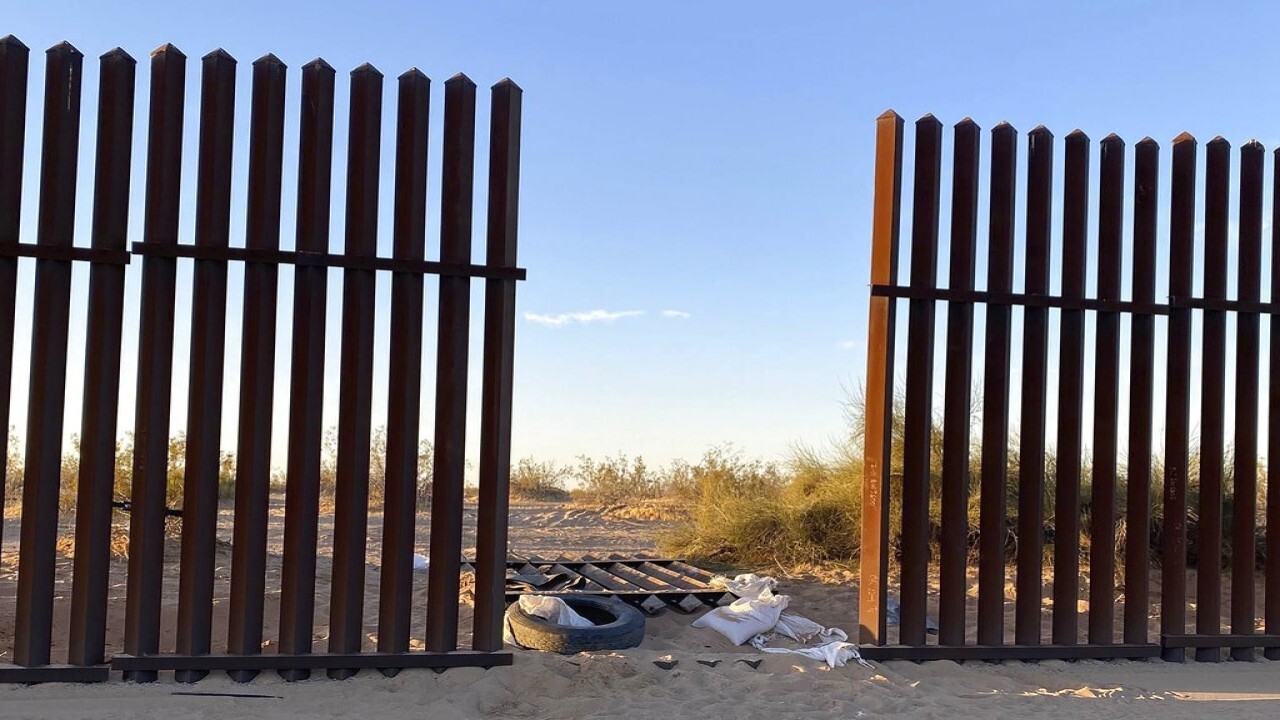 EXCLUSIVE: Republicans are renewing calls for Democrats to hold a hearing on the growing crisis at the southern border — while warning that the Biden administration has been sounding an “open-borders rally cry.”

Rep. Tom McClintock, ranking member on the Judiciary Committee’s subcommittee on Immigration and Citizenship, wrote to subcommittee Chair Zoe Lofgren re-issuing calls for a hearing “to examine the Biden administration’s crisis on the southern U.S. border stemming from the sharp increase of unaccompanied children (UAC) arriving at the border.”

Republicans on the Judiciary Committee had written to Lofgren at the beginning of the month calling for a hearing but said they have so far not seen a response.

THE WORD THE BIDEN ADMINISTRATION WON’T USE WHEN IT COMES TO THE BORDER? CRISIS

“As I await your response, the Biden border crisis is becoming increasingly worse,” McClintock wrote. “The Subcommittee must immediately address this crisis.”

The administration has been facing what it admits is a “record number of individuals” coming to the border. Officials encountered 100,441 individuals in February, a 28% increase over January. It has been scrambling to deal with a surge in child migrants in particular — with the administration moving to expand capacity to house and transfer them.

Republicans have blamed Biden’s sweeping moves on immigration for the rise in migrants — noting his rollback of the Migrant Protection Protocols (MPP) limiting of interior enforcement, the ending of border wall construction as well as efforts to introduce a pathway to citizenship for illegal immigrants.

McClintock additionally noted an error by Roberta Jacobson, the coordinator for the southern border, during a press conference last week.

“As if the Biden immigration immigration policies were not enough of an open-borders rally cry, Wednesday during a White House press briefing, President Biden’s Coordinator for the Southern Border shockingly stated in Spanish “la frontera no esta cerrada,” which translates to “the border is not closed,” he said.

While McClintock noted that Jacobson corrected herself, he said, “There is no doubt that the Mexican cartels who want to continue to get rich by smuggling migrants across the border will play and replay that clip to entice more business.”

“As Republicans noted in our letter last week, proper oversight of the Biden border crisis requires that subcommittee members have the opportunity to hear directly from the Biden administration’s Department of Homeland Security (DHS) and Department of Health and Human Services, and to question them about the escalating crisis and whether they have plans to stop the surge,” he said.

The call comes as DHS has been requesting volunteers from staff to go and assist Customs and Border Protection at the border. On Saturday, DHS Secretary Alejandro Mayorkas announced that he has directed the Federal Emergency Management Agency (FEMA) to support a “government-wide effort” to house child migrants.

The agency will support the effort to “safely receive, shelter and transfer unaccompanied children” attempting to get into the United States.

DHS said that FEMA “is now integrated and co-located with HHS to look at every available option to quickly expand physical capacity for appropriate lodging.”