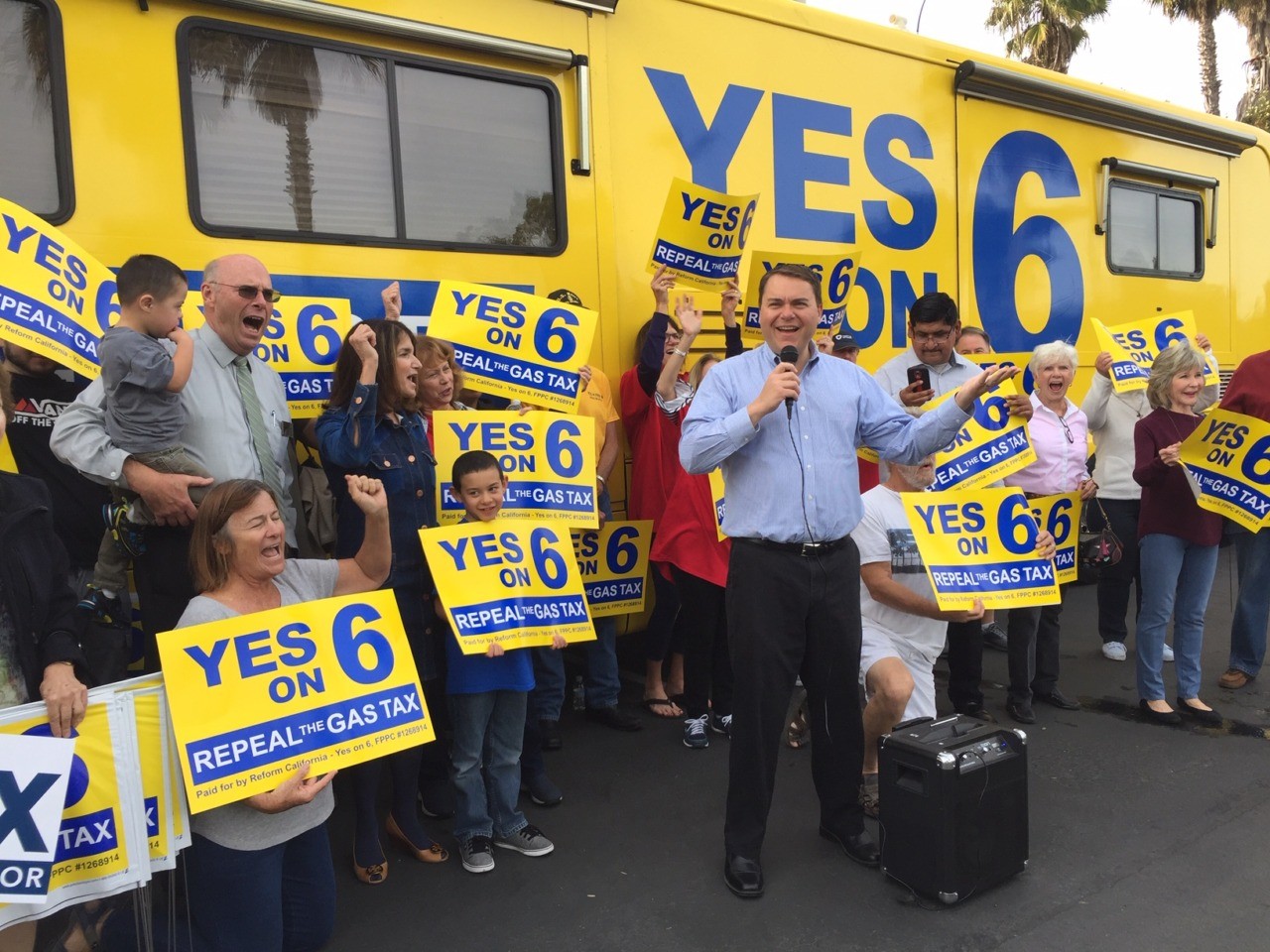 Republicans described Democrats’ “corrupt” efforts to stop the passage of Proposition 6, the gas tax repeal, at a rally in Carlsbad, California, outside the congressional campaign office of Diane Harkey on Sunday afternoon.

Harkey, conservative activist Carl DeMaio, Secretary of State candidate Mark Meuser, and others present collectively described a process through which Democrats had raised the gas tax by 12 cents per gallon, while also hiking vehicle registration fees — then used various procedural tricks (and possibly illegal methods) to stop grassroots efforts to repeal the tax.

The tax was passed by a two-thirds majority of both houses of the state legislature in 2017. When Republicans tried to recall Democratic State Senator Josh Newman for voting for the gas tax hike, Democrats began changing the rules for recall elections — by allowing unlimited contributions from fellow elected officials, by letting voters rescind their signatures on recall petitions, and by moving the date of the recall election to the June 5 primary.

Finally, once the campaigns for and against Proposition 6 began, opponents of the repeal allegedly used contractors employed by the California State Transportation Agency (Caltrans) to stop traffic illegally to hand out literature against the referendum during work hours.

Harley claimed Sunday that the state does not actually intend to use the revenues from the new gas taxes and car fees to fund transportation and road repairs, but to cover overall budget shortfalls.

She told Breitbart News that the Democrats’ efforts to stop Proposition 6 were “corrupt” — an attempt to steal money from California residents, and then to take away their right to use ballot initiatives to fight back.