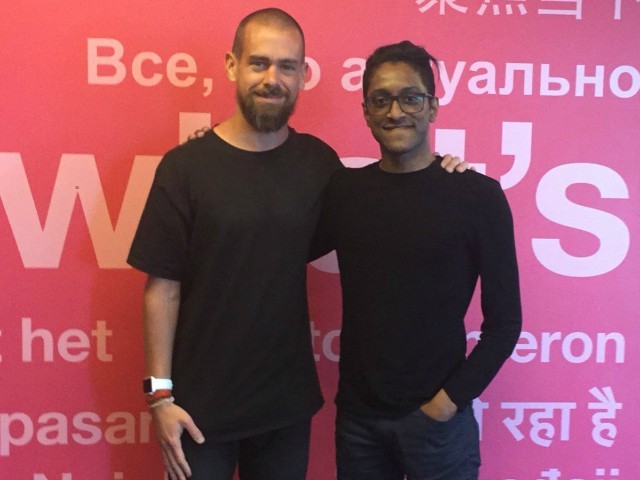 Conservative strategist Ali Alexander, who met with Twitter CEO Jack Dorsey in 2018 to discuss the social network’s censorship of conservatives, was blacklisted from the platform this morning — but his account was quickly restored.

Alexander was “permanently suspended” from Twitter on Monday morning, but by 1:00 p.m. his account was restored to the platform — a very unusual move from the social media company.

“I’ve been ‘permanently suspended’ from Twitter. Phone calls and text messages woke me up at 5:30 AM notifying me,” declared Alexander in a Facebook post. “I’m asking Twitter to re-review the wild act. I did not violate the Terms. I don’t think this will be so permanent.”

In a statement to Breitbart Tech, Alexander claimed the suspension was due to an argument he had with a user who threatened him.

“Last week — I think it was — a fan of AOC [Alexandria Ocasio-Cortez] threatened me. He said he’d come to my home and harm or kill me or whatever. I get a lot of death threats but this dude seemed more serious than others but not serious enough for a police report,” Alexander claimed. “I replied via a quote retweet and reminded him that I had the legal right to self defense and protect my property.”

“Antifa is dangerous. Democrats have beaten people and even shot Steve Scalise. I’m deathly afraid that the far-left is trying to kill me and my friends. In the same tweet I said I would call 911. That’s my legal right,” he continued. “More, it’s my moral right granted by God. I didn’t do anything that remotely violated Twitter’s Term of Service. Some employee manually reviewed the tweets and decided to boot me. I feel sorry for the executives and their headache today.”

The offending Twitter post, which led to Alexander’s suspension, was, “I would *literally* put you down if you came near me, Marxist. I would call 911 to come retrieve your body. Have a Good Friday!”

In February 2018, Alexander met with Twitter CEO Jack Dorsey to discuss the social network’s treatment of conservatives and libertarians.

“The CEO of Twitter and Square, Jack Dorsey, and I have been talking for the past several months,” declared Akbar at the time. “I personally like him, but that matters less than the talks we’re having about a shared future where people with different beliefs can exist on the same platform. This is experimental. This is new. We have a goal for an outcome but we have to find a way there.”

“Twitter should belong to everyone. Cohabitation will require new methods from all of us,” he continued, adding, “I appreciate @Jack listening to some of my concerns affecting conservatives on the most important communications platform in the world, Twitter.”