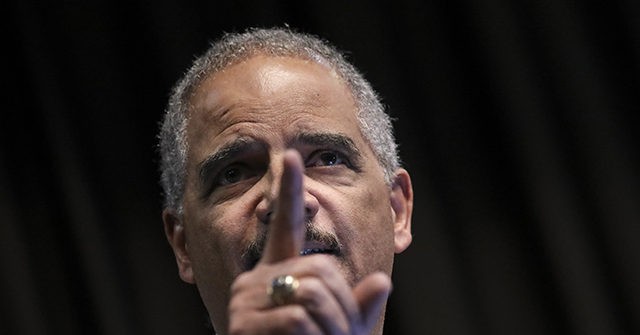 The Republican State Leadership Committee’s Judicial Fairness Initiative (JFI) announced in a statement on Wednesday its latest effort to “defend democracy from liberal, activist state court judges across the country” by committing to spend more money on state Supreme Court races in 2022 and electing conservative judges.

Through the initiative, the RSLC is committed to spending more time to combat the Democrats’ “Sue Until It’s Blue” redistricting strategy used by Eric Holder and his National Democratic Redistricting Committee (NDRC).

The press release noted “activist state court judges across the country who are taking the redistricting process out of the hands of elected legislators and gerrymandering Democrats into more and lasting power.”

“Democrats have failed to sell their radical, anti-democratic policies to the American people––but rather than change their unpopular agenda, they’ve resorted to state courts to change the rules,” said RSLC President Dee Duncan.

The RSLC’s new initiative comes after they released findings from a report outlining how the Democrats have invested nearly $58 million into key state Supreme Court races since 2015. With the Democrats spending almost $58 million, they have been able to gerrymander in a number of key states effectively.

“Republicans risk an even worse fate in the 2030 redistricting process if we fail to increase the resources we are currently spending in state court races to keep pace with the Democrats,” the JFI report said.

Duncan noted that the initiative has already seen some success by “stopping court-driven liberal gerrymandering in states like Wisconsin.” By doing this, Ducan added that they are “defending democracy and keeping the redistricting process in the hands of the people in 2030 will require historic investments in state Supreme Court races in 2022.”

The RSLC also released an ad highlighting its 2022 spending commitment for combating Holder and the Democrats’ gerrymander strategy:

Democrats have failed to sell their radical policies to the American people –– but rather than change their unpopular agenda, they’ve resorted to state courts to change the rules.

We’re fighting back to defend democracy and keep redistricting in the hands of the people. pic.twitter.com/tWUfnvPeat

The narrator in the initiative’s ad said:

NARRATOR: Rising prices. Surging crime. And students locked out of the classroom. Unable to sell their socialist agenda to voters, Democrats cling to power the only way they can. They run to the courthouse, yanking control out of the hands of elected legislators and handing over the redistricting process to their friends on the courts.

NARRATOR: It’s simple, if they don’t like a map, they sue until it’s blue.
…

NARRATOR: For years Democrats have spent millions installing liberal, activist judges on the court who will take their side on redistricting. Judges are meant to be umpires, calling balls and strikes, following the law. Not the last line of defense for socialism. That’s why the RSLC’s Judicial Fairness Initiative is fighting back. The only national effort focused on protecting our courts. Electing judges who defend the constitution, not political agendas. And this year, we’re investing more in the program than ever before. Because there’s more at stake than ever before. To elect conservative judges. To roll back the liberal takeover of our courts.  To defend our democracy and the rule of law. We must stop their Sue to Blue. JFI is up for the fight.

Before this initiative, the most money the RSLC spent on state Supreme Court races during a single year was in 2018, when JFI spent just over $4.3 million.