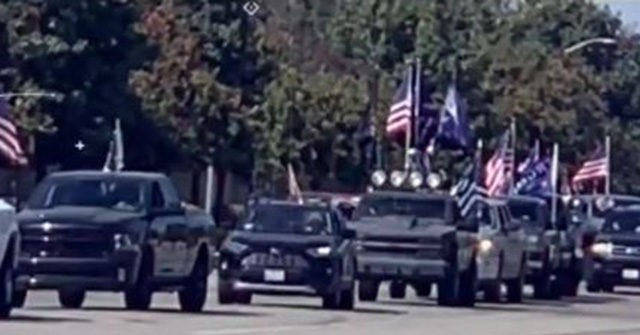 The Republican National Hispanic Assembly (RNHA) is planning to host a Trump Train cruise and rally on Saturday in San Angelo, Texas.

“In San Angelo the Rally will start at 9:30 a.m. in the Academy Parking Lot. The drive will go around Loop 306 access road and then down the Bryant to the Angelo Civic Center,” according to SanAngeloLIVE.com.

In addition to free hamburgers and hot dogs, a meet and greet with candidates running for office will also take place at the event, according to the San Angelo Standard-Times.

“There will also be a booth to ask questions about the election and where to vote,” the article stated.

“We are running out of time to get our POTUS re-elected and if there is any doubt or confusion to a registered voter on who they should vote for, we want to enlighten them and have a great time at the same time,” the RNHA San Angelo chapter said.

“The group is partially an outgrowth of the Spanish Speaking Advisory Committee of the Republican National Committee, which itself was created as a response to successful efforts to attract Hispanic-American voters to the presidential candidacy of Richard Nixon,” the site continued.

There is no charge for the cruise and rally on Saturday and everyone is encouraged to decorate their vehicles, the chapter’s website said.