The “Yes on 6” bus is traveling throughout the state, rallying Republicans to vote for the initiative — and to turn out to the polls for the party’s candidates.

Harkey, an elected member of the State Board of Equalization who is running for the open seat in California’s 49th congressional district, is a co-chair of the “Yes on 6” campaign.

Polls show Harkey closing the gap with Democrat Mike Levin, a Bernie Sanders supporter who is the former party chair in Orange County.

Supporters of Proposition 6 are furious with the ballot title that California Attorney General Xavier Becerra, a left-wing Democrat, has given to the initiative.

Instead of “Gas Tax Repeal,” the initiative is called, “Eliminates Certain Road Repair and Transportation Funding.”

“We’re tired of being taken advantage of in the initiative system,” Harkey told the crowd. She later told Breitbart News that the Democratic Party had used “corrupt” methods in an effort to kill the initiative.

Carl DeMaio, a local conservative talk radio host and former San Diego City Council member, whipped up the crowd, recounting to them how Becerra and the Democrats had twisted their ballot initiative. 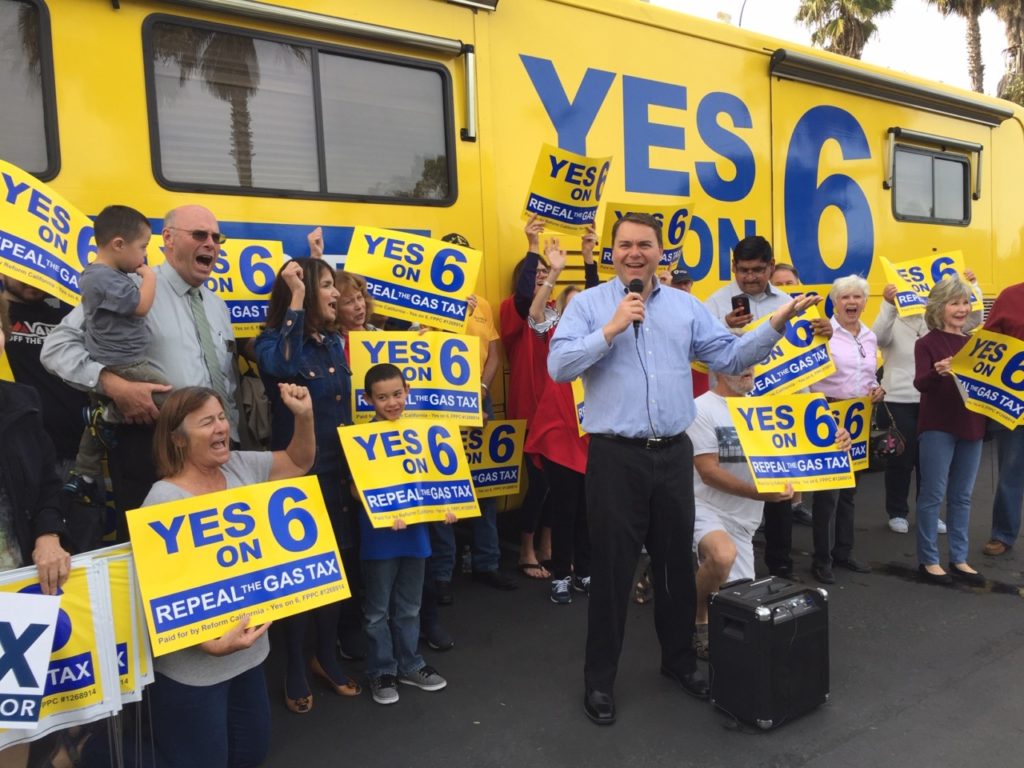 He encouraged those at the rally to contact friends and volunteer at call centers to pass Proposition 6, making the argument clear: “There is an error on your ballot. … The politicians put a false title on Proposition 6 in an attempt to deceive you. … Prop 6 is actually the gas tax repeal. … Vote yes on 6 to repeal.”

“Mike Levin is ‘no on 6’ … and he’s part of the effort to strip you of your constitutional right,” DeMaio said.

In an interview with Breitbart News, DeMaio added, “This is about whether our century-old right to a ballot initiative still exists.”

DeMaio noted that Proposition 6 was more popular when framed as the “gas tax repeal,” by a two-to-one margin. But when referred to by the misleading ballot title, it was 6% behind in the latest poll.

He added that proponents still hope to win, but noted they are being outspent, “$50 million to $2.5 million.”

Inside the office, Harkey campaign volunteers were hard at work throughout the rally, calling voters to encourage them to vote yes on Proposition 6, and to back Harkey and other candidates. 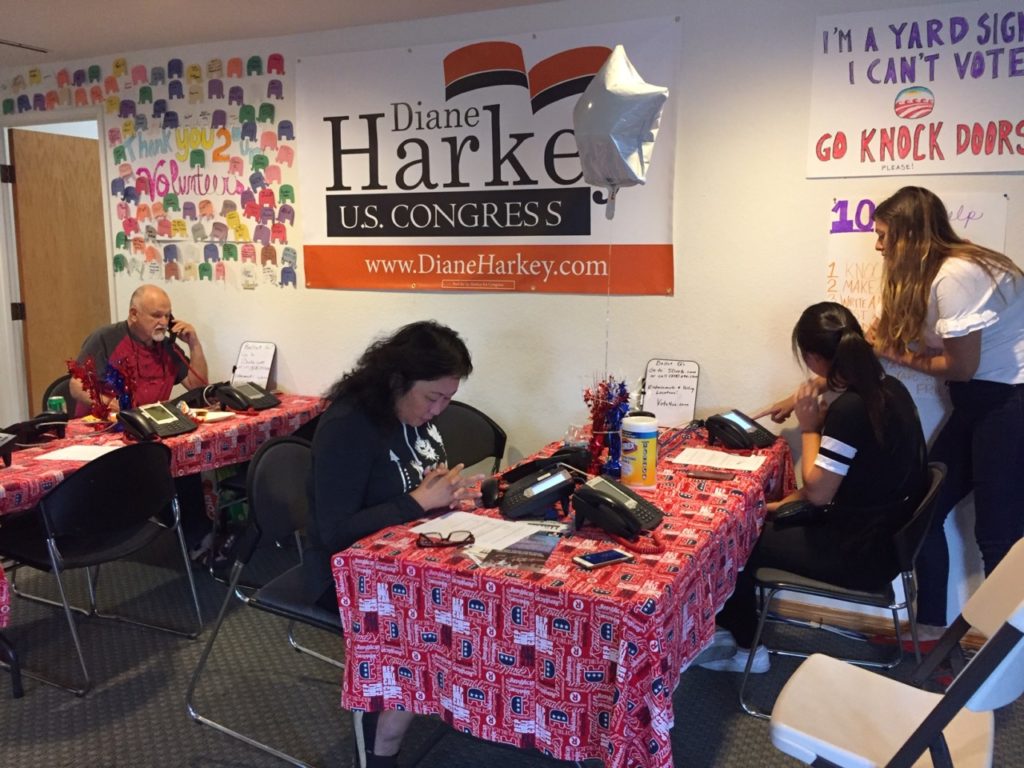 “This is not a liberal left-wing district. This is not San Francisco values here,” Harkey told the crowd, to cheers.
She told Breitbart News that she hoped for a win, despite being massively outspent by her opponent.

The “Yes on 6” campaign has had to overcome numerous other obstacles, in addition to a misleading ballot title. Democrats changed the rules for recall elections in a failed attempt to protect State Sen. Josh Newman from being recalled over his vote for the gas tax earlier this year; and contractors for the state transportation agency were caught campaigning against Proposition 6 on the job.