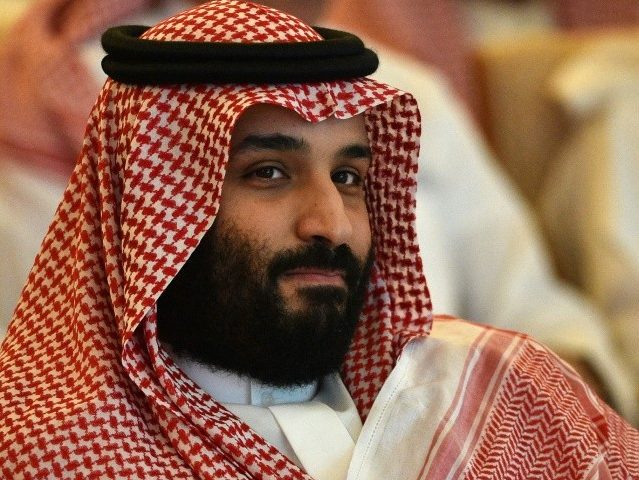 Human rights organizations including Amnesty International and Human Rights Watch accused authorities in Saudi Arabia on Tuesday of torturing and sexually abusing some of the country’s most high-profile dissidents and human rights activists.

According to detailed testimony published by Amnesty International, “activists were repeatedly tortured by electrocution and flogging, leaving some unable to walk or stand properly,” leading to one of the victims repeatedly trying to take her own life:

In one reported instance, one of the activists was made to hang from the ceiling, and according to another testimony, one of the detained women was reportedly subjected to sexual harassment, by interrogators wearing face masks.

According to the testimonies obtained, the human rights defenders were unable to walk or stand properly, had uncontrolled shaking of the hands, and marks on the body. One of the activists reportedly attempted to take her own life repeatedly inside the prison. Prison authorities in Dhahban Prison have also reportedly warned detained activists against disclosing any accounts of torture or prison procedures to family members.

This testimony was also corroborated by “informed sources” who spoke with Human Rights Watch, who reported on similar cases of torture and sexual abuse:

The reports allege that torture by Saudi authorities included administering electric shocks, whipping the women on their thighs, and forcible hugging and kissing, Human Rights Watch said today. The sources were concerned that they and the activists would suffer reprisals if the women were identified publicly.

The sources say that masked Saudi interrogators tortured the women during the initial stages of interrogation, but it was unclear whether they were seeking to force the women to sign confessions or merely to punish them for their peaceful advocacy. Following the interrogations, sources said, the women showed physical signs of torture, including difficulty walking, uncontrolled shaking of the hands, and red marks and scratches on their faces and necks. At least one of the women attempted to commit suicide multiple times, the sources said.

The Saudi government has held the activists in the Dhahban prison on the western Red Sea coast since May, following a crackdown on women’s rights campaigners charged with trying to “destabilize” the Kingdom and supposed links with “suspicious” entities working outside the country.

The women were principally campaigning for the establishment of equal women’s rights in the face of Crown Prince Mohammed Bin Salman’s reforms to various aspects of Saudi’s religious law, which include allowing women to drive cars.

On Wednesday, the Saudi government strongly denied all allegations of torture, claiming the activists were subject to the “standard judiciary process.”

“The Kingdom of Saudi Arabia’s judiciary system does not condone, promote, or allow the use of torture. Anyone, whether male or female, being investigated is going through the standard judiciary process led by the public prosecution while being held for questioning, which does not in any way rely on torture either physical, sexual, or psychological,” a Saudi official said.

The Islamic kingdom has come under growing international condemnation in recent weeks following the murder of Saudi journalist Jamal Khashoggi in the country’s embassy in Istanbul last month. Principal suspects in the case include members of Saudi Crown Prince Mohammed bin Salman’s inner circle, although he has denied any connection to the killing.

On Tuesday, President Donald Trump confirmed that the U.S. would not pursue the allegations against the country involving Khashoggi further for fear of jeopardizing business and security relationship, despite growing criticism of the country’s appalling human rights record.

“It’s a very simple equation for me. I’m about making America great again and I’m about America first,” Trump said in his statement. “We may never know all of the facts surrounding the murder of Mr. Jamal Khashoggi. In any case, our relationship is with the Kingdom of Saudi Arabia. They have been a great ally in our very important fight against Iran.”