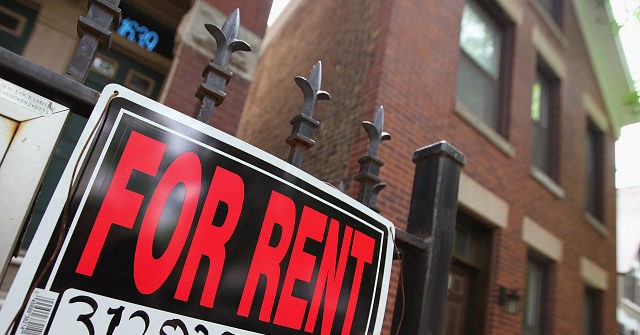 Rising urban rents are reducing the economic incentives for young people to migrate into bigger towns and cities for better-paying careers, say U.K. and U.S. studies.

“Work from the US has shown that while there are higher earnings to be found in more productive states, the [economic gain from] moving to these better-paying areas have diminished since the mid-1990s because higher housing costs have absorbed much more of the gain,” says the British study titled “Moving Matters: Housing Costs and Labor Market Mobility.”

The British study and the subsequent media coverage carefully ignored the most important factor in rising housing costs: the growing influx of international migrants who are raising the demand and prices for housing.

The British report notes that the rising housing costs hit young British people the hardest, making it more difficult for them to form their own families. Because “moving matters especially for those at the beginning of their working lives, we can see once again that the housing choices of today’s younger people are bearing down on their living standards to a greater extent than they did for previous generations at the same age,” the U.K. study said.

The left-wing Guardian described the study:

More young people are getting stuck where they grew up or went to university because they cannot afford rents in places where they can earn more money, according to the Resolution Foundation think tank. It found the number of people aged 25 to 34 starting a new job and moving home in the last year had fallen 40% over the last two decades.

Whereas previous generations were able to move to big cities such as London and Manchester or regional hubs like Leeds and Bristol to develop their careers, the current millennial generation is enduring a slump in mobility caused by rising rents, which can wipe out the financial gains of a move.

Those that choose to move to cheaper housing cost areas but stay in the same job – or to move both job and home but to live in a cheaper area further away from where the job is located – will need to travel further to work each day … [and] the average travel-to-work time for all age groups has increased over time, from 25 minutes for 25-34 year olds in 1996, for example, to 32 minutes in 2017.

The British study matches a 2017 U.S. study about widening wage gaps in the United States that said that “rising housing prices in high-income areas deter low-skill migration [by Americans into wealthier cities] and slow income convergence” between rich and poor.

The U.S. study titled “Why Has Regional Income Convergence in the U.S. Declined?” noted:

Like the U.K. study, the U.S. study does not identify the impact of international immigration on housing costs.

It currently serves to increase the regional disparities highlighted above: the fastest-growing decile of counties has proportionally more skilled immigrants than the slowest-growing one by a factor of eight. What is more, the 20 most populous U.S. counties currently contain 37% of the country’s skilled immigrants compared to only 19% of the country’s total population.

The group also admitted that more immigration raises housing prices, which is bad for home buyers, such as young married Americans seeking to start a family. “Cheaper housing is good for first-time home buyers and renters,” says the EIG proposal, which is titled “Could a Heartland Visa help Struggling Regions?”

The problem is made worse because new legal and illegal immigrants can move faster from one city to another when employers begin to hire many people for a new factory or a construction project. The migrants move faster than natives because they have fewer family ties to keep them in one area, but also because their tight ethnic networks provide them with critical contacts needed to win jobs, apartments, and social support in unfamiliar cities.

Also, poor immigrants will gladly pool their wages to crowd into expensive apartments near their U.S. jobs, such as in South Arlington near Washington, DC.  But that common sense practice also spikes rental prices and so blocks the arrival of young Americans who do not want to lower their living standards when they move into the bigger cities. This displacement process keeps many Americans out of urban careers and housing markets, even as real estate investors loudly cheer for more immigration and more renters.

These housing factors were not relevant in the decades before the 1965 immigration law, when it was common for poor Americans in West Virginia and other heartland states to follow their relatives down the “Hillbilly Highway” to jobs in Detroit, Baltimore, and other industrial cities. Their internal migration helped create the suburban middle-class from the 1950s onwards — but that middle-class is now shrinking amid rising immigrant numbers and rising housing prices.

This policy of flooding the market with cheap, foreign, white-collar graduates and blue-collar labor also shifts enormous wealth from young employees towards older investors, even as it also widens wealth gaps, reduces high-tech investment, increases state and local tax burdens, and hurts children’s schools and college educations. It also pushes Americans away from high-tech careers and sidelines millions of marginalized Americans, including many who are now struggling with fentanyl addictions. The labor policy also moves business investment and wealth from the heartland to the coastal cities, explodes rents and housing costs, shrivels real estate values in the Midwest, and rewards investors for creating low-tech, labor-intensive workplaces.