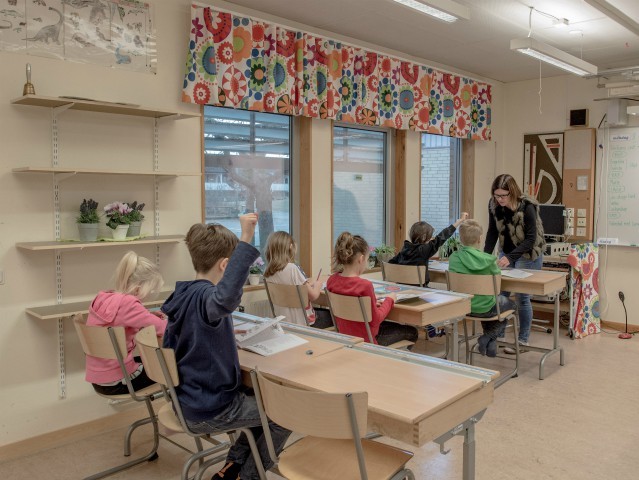 Incidents of physical violence in Swedish schools have increased by 129 percent from 2012 to 2017, according to data.

The Swedish Work Environment Authority has reported that incidents of threats, robberies, and physical violence in both primary schools and secondary schools are still on the rise this year as well, Swedish broadcaster SVT reports.

The Labor Environment Authority also notes that the increase in violent incidents in schools is well above the national workplace average. This was confirmed by investigator Kjell Blom at the Work Environment Authority who said: “Notifications of serious events caused by threats and violence within the primary and secondary schools increase more than reports of threats and violence in all sectors.”

The data echoes a report from earlier this year that showed 70 percent of Swedish municipalities had heightened security measures in schools with some even hiring security guards. In the heavily migrant-populated city of Malmö, around 13 percent of teachers say they had been threatened and nine percent say they had been physically assaulted.

Threats among pupils in Malmö schools have also been a problem, including one case in July in which a girl was threatened with sexual assault for not acting “Muslim enough”.

Schools in other heavily migrant-populated areas have also seen increasing issues with student performance. In the Stockholm suburb of Rinkeby, one of the country’s most notorious “no-go” suburbs, more than half of the students at one primary school failed the requirements to enter high school.