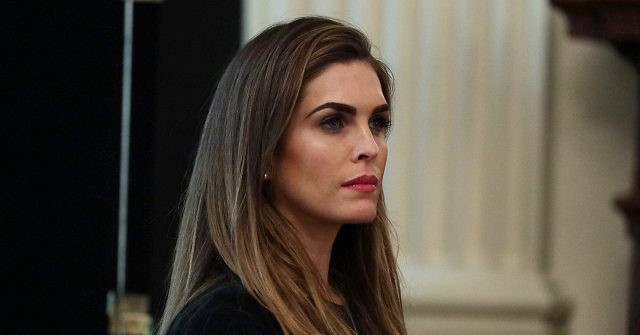 President Donald Trump’s aide Hope Hicks has tested positive for the coronavirus, according to reports.

The White House has not officially confirmed the news.

“The president takes the health and safety of himself and everyone who works in support of him and the American people very seriously,” White House spokesman Judd Deere said in a statement to Bloomberg News. “White House Operations collaborates with the physician to the President and the White House Military Office to ensure all plans and procedures incorporate current CDC guidelines and best practices for limiting Covid-19 exposure to the greatest extent possible, both on complex and when the president is traveling.”

It is unclear whether the president was in danger of contracting the virus during the trips that included Hicks or whether he will self-quarantine for precautionary reasons.

The news quickly sparked criticism from the left, who taunted Trump and his aides for not wear masks all of the time, even though they test frequently for the virus.

The president is scheduled for a campaign rally in Florida on Friday and for two campaign rallies in Wisconsin on Saturday.